My long weekend in Boston was fantastic! I visited a friend and we had a super active, fun time. Here are a few highlights from the weekend.

Friday, I did my long run in a park near Brookline. I enjoyed a view of a Jamaica Pond, lots of runners to motivate me, and gorgeous green scenery the entire time. This was one of the best runs I've had in a while! After my run, we went on our own walking tour of Boston including lunch at a cute cafe in Brookline, shopping on Newbury Street, a Boston Pops concert at Symphony Hall, and many other fun sights. Oh, and of course we enjoyed cannoli from Mike's Pastry shop, which might be the most amazing cannoli ever. I was so tired by the the end of the night! 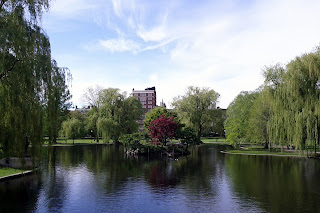 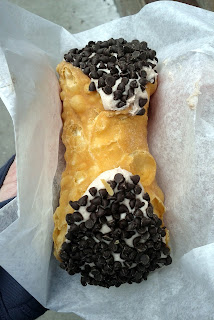 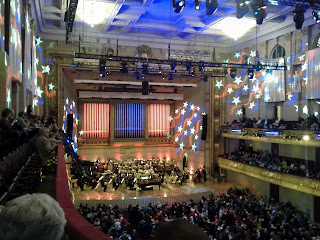 Symphony Hall for the Boston Pops

Saturday we headed out to the coast of Maine in Ogunquit. What a beautiful, rocky coastline! We sat at a cute little coffee shop in beach chairs while enjoying coffee, then went for a walk along the coastal trail. On the way back to Boston, we stopped in Plymouth, NH, for dinner at the Portsmouth Brewery. It was a relaxing day with perfect weather. 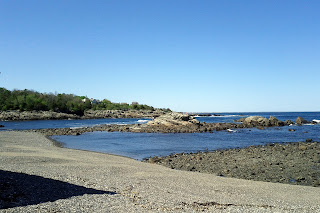 View from our coffee shop seats

Sunday was definitely a highlight of the trip if I had to pick one - although I loved every day there - we went on the Freedom Trail running tour first thing in the morning. What a great way to see the Freedom Trail! We signed up for the tour online, then met a great group of runners in Boston Common at 8:15 am. The run was about 5K overall, and along the way we stopped for the tour guide to give details on the sights. We visited places such as cemeteries with notable graves, Paul Revere's house, the Old North Church, the first water source in Boston, and the U.S.S. Constitution. There were 17 stops overall (yes, it took us a long time to run that 5K!) and it was so much fun. We even got a Freedom Trail Run t-shirt at the end. A super soft, awesome t-shirt that I'll actually wear. I loved doing the run tour with Ann; it's only fitting as she's the friend who introduced me to running in the first place! 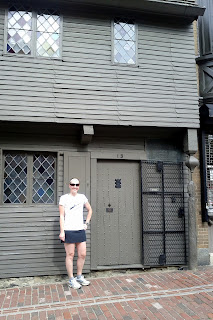 Paul Revere's House and me 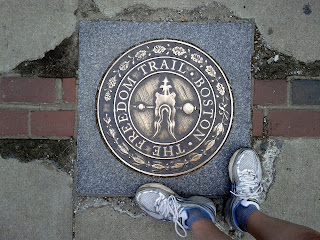 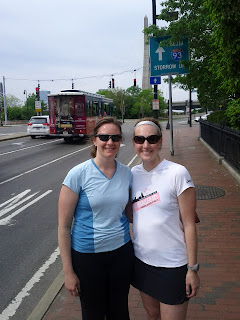 Ann and I along the way

Following the run tour, we continued on to run along the Charles River to Cambridge for lunch at Flour near MIT. We strolled around the shops, visited the campus of Harvard, and walked quite a few miles back to her apartment. I can't believe how tired I was by the end of the day, but this was definitely the way to see parts of the city. 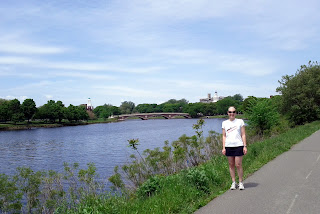 On the way to Harvard, Harvard bridge behind me 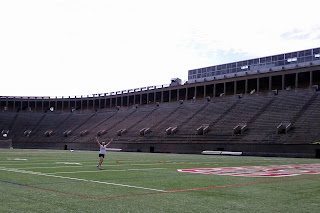 Had to go for a run on the Harvard football field

I left first thing Monday morning (got up at 4 am Eastern...) and headed back to San Jose. I returned exhausted and needed a nap, but I can't wait to go back!

If you ever head to the Boston area, I highly recommend the Freedom Trail running tour, getting cannoli at Mike's, and eating at Flour in Cambridge. Boston is an awesome city!