This past Saturday, Kevin and I headed to SF with a group of friends and strangers for the Oyster Challenge. We signed up with the Integrate Performance Fitness group, who set up five relay teams. I was doing the running legs only, and other people on my team were doing the biking. Each leg had to have three people from the team, so ideally three runners and three cyclists. We ended up one runner short, so Paul did the running legs too. And let me tell you, he was an enthusiastic team leader! 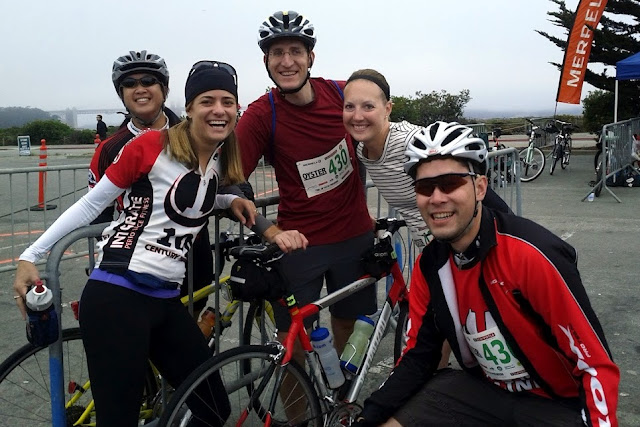 I've never done an urban adventure race before and had no idea what to expect. We found the first 'clue' in the fence by the parking lot and had to solve a puzzle to get the first 'passport' with instructions. The cyclists went first and had a long leg involving fish throwing, Chipotle seasoning identification, and stand up paddle boarding. Sounds pretty fun! I took a short 2 mile warm up run while they were gone to enjoy the SF weather and the bay. We started from Sports Basement Presidio and had plenty of gorgeous bridge views and marina area to run.

The cyclists returned and gave us the first run clue. We ran to a building in the Presidio where we solved a math and verbal exam (what!? I can't think when I'm running) and then headed to the Walt Disney Museum area. They had challenges set up on the grass; we had to launch a shoe with a three-person water balloon launcher and have a team member catch it two times. Then we had to have one team member navigate a 'mine' field (small balls) while blindfolded, getting instructions from team members. Aside from having some shoe launching issues and ending up with a major bruise on my chest, we went pretty quickly. 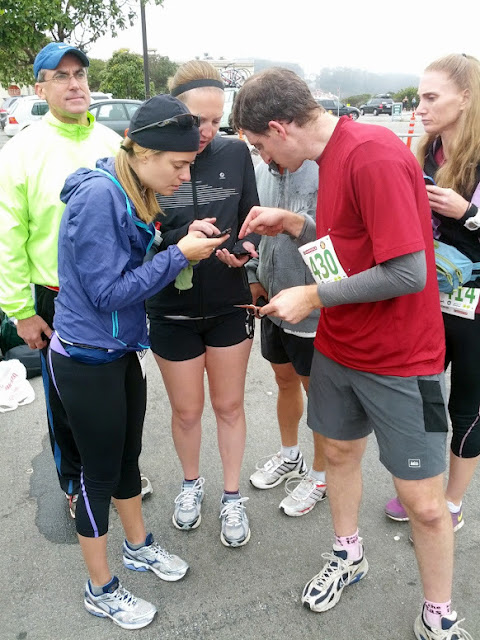 Wait, where are we going? 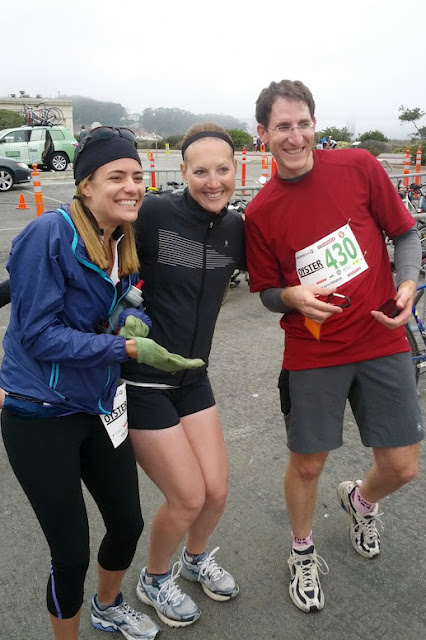 The next bike clue took them over the Golden Gate Bridge where someone had to take a photo licking the bridge. They had a few more photo clues on that leg as well. The next run clue started with - get this - beer pong. We had to land four ping pong balls in the cups, each time chugging the half-full cup of Shock Top. Somehow I ended up with 2 of the beers and essentially chugged a whole beer. After that, we ran about 2 miles to a path on the bay. There, we had to eat two donuts off of a team member! I ended up eating about half a donut because Paul was eating faster than me.

You could say the run back to Sports Basement on the beer and donut stomach was less than ideal. But it was so much fun! There was one final bike clue after this, so at that point the runners were done. I think the cyclists had it harder than we did because we only ran about 6 miles overall. I might prefer to do both the running and the biking if I did this again.

In the end, we finished first out of all the IPF teams by quite a bit. We really rocked it! The run paces were around a 9 minute mile and the cyclists were quick too. Our race medals were colorful cowbells, which will come in handy for some future race cheering. 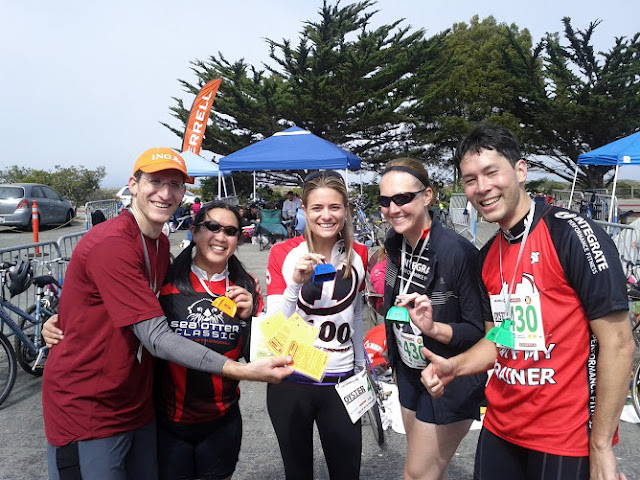 This was definitely a fun event and a great social time with the IPF group. Oh, and the important part. We beat Al, the highly competitive owner of IPF! 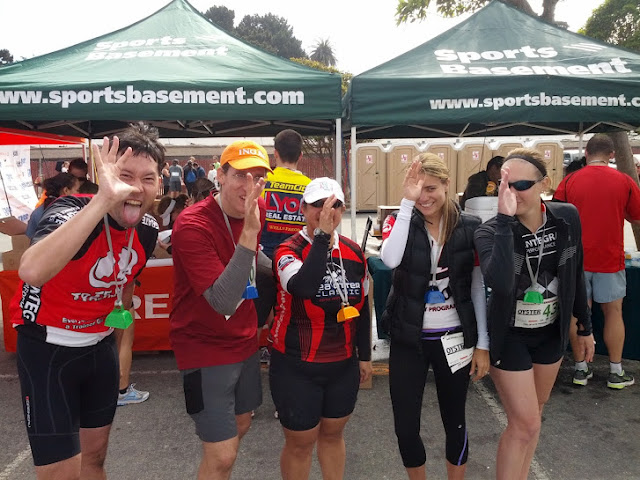