We love craft beer. This past week was beer week in the Bay Area and it was incredible. There were so many events and many, many new-to-us beers to check out. I drank more beer this week than I should admit, but it was a fun time. And it's only once a year, right?

As the highlight, today was wait in line for Russian River's Pliny the Younger day. This beer is super limited and hard to get, but two places in San Jose were tapping it. We headed straight to the less well-known of the two after our trail run and literally got the last 8 oz pour plus the half pour from the kicked keg - talk about being lucky! They gave us the keg ring as a souvenir, so now I have my very own Pliny the Younger 2013 keg ring. 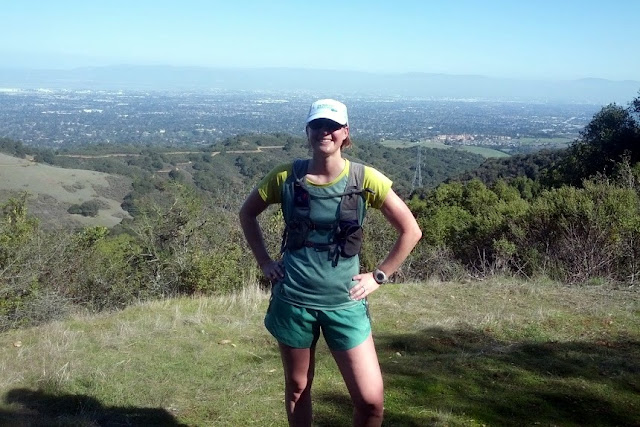 Throwing in a trail run photo as proof I deserved all of this beer. 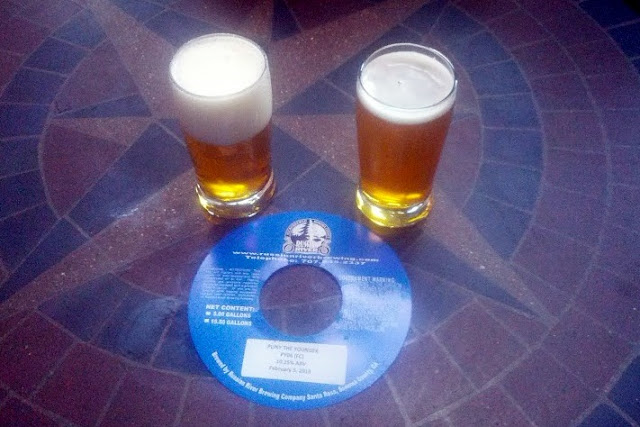 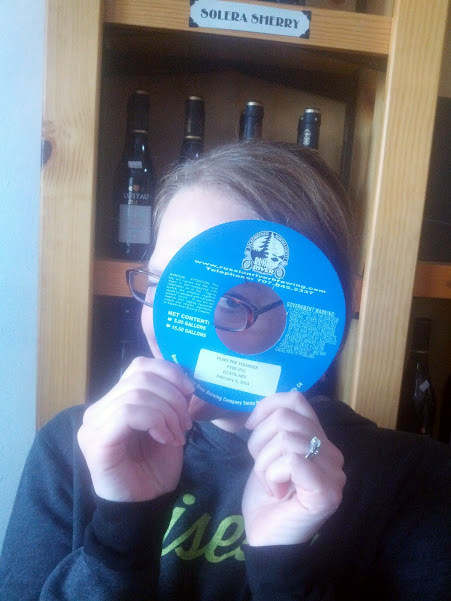 Too much beer? No.

I'm sure you are wondering, was it really worth the line? And I'm going to say YES! Kevin and I are both huge IPA fans, and this hard-to-get beer was worth the effort. This is the smoothest IPA I've had, and it's a triple at 10.5% ABV. It's incredibly easy to drink and very enjoyable. I'm glad we went after it this year. That said, I find Rusian River's double IPA, Pliny the Elder, to be awesome too. The main difference is that Elder is more hop forward than the Younger. We tasted them in succession just to see the difference.

I had the New Belgium Shift beer at Beta Lounge, which I ordered thinking the tap said Pale Ale but is actually a Pale Lager. Disappointing, but it wasn't as terrible as I expected considering I'm not a lager person. At least we got to keep the glass. 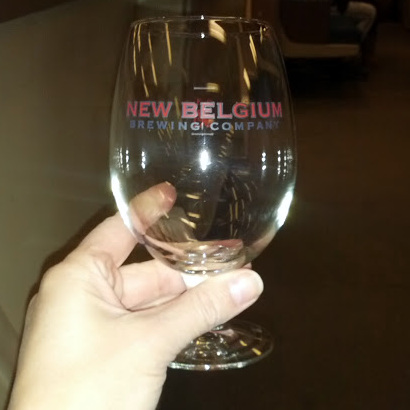 Love to keep the glass.

Harry's Hofbrau was our fun and unexpected Saturday night; we headed out intending to go to the grocery store but then remembered the beer event and went there instead. They had the Ballast Point tap takeover and quite a few unique beers. My first was the Tongue Buckler, a tasty Imperial red, which is a style I'm getting more into lately. I had the Indra Kunindra next which is, get this, a stout brewed with lime, coconut, and curry. It was spicy but fun and new! Last I tried the Big Eye IPA. It was very good, but still not my favorite IPA in the world of IPAs.

We hit Original Gravity a few times throughout the week, sometimes on beer event nights and other times in between. As a bonus, we then had beers from multiple nights of events that were left. Highlights from OG were the Firestone Walker Velvet Merlin Nitro (love this stout in the bottle, even better on Nitro tap), Port Brewing Shark Attack (another Imperial Red), and Deschutes The Abyss 2012 (limited release Imperial Stout, often these are too alcohol-y tasting for me but I enjoyed this one.) Original Gravity is our favorite neighborhood hangout; it's a fantastic bar with great atmosphere, and it's only about a 10 minute walk from our condo. Win-win.

Ok, I'm done talking about beer now and I need a week to detox from this extra-beer drinking - but it was totally worth it!

Have you ever been to a beer event/festival? What's your favorite beer or type of beer?