This is the longest I've ever waited to do a race report, but with the events of the past week I needed to wait. I know we are all glad they caught the men involved and can feel somewhat safer, but my heart goes out to everyone who was injured and will be forever changed by this tragedy. I still feel strange writing something happy, but as I said in my previous post it's important for us to remember the happy parts too.

The morning of the 5K, I ran from my friend's house in Brookline to the start line in Copley Square, which ended up being about 2.5 miles. I  knew I'd need to start on warmed up legs if I had any chance of running the race I hoped for, I swear my body takes forever to warm up. I arrived near the start early enough to meet up with friends and to hit the porta potties one time. I was wearing a long sleeve shirt under my singlet to run down, but I ended up handing it to my friend Matt, who was spectating, before the race. SO glad I did, I would have felt overheated even in the cool temps because I was pushing the pace hard. 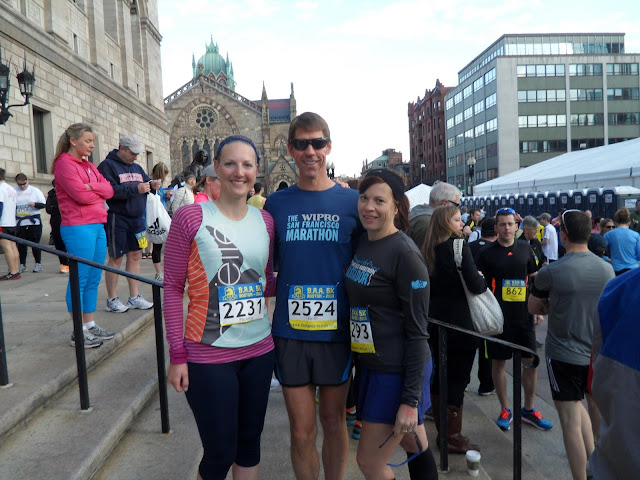 Me, Keith, and Alisyn (SF Marathon Ambassadors) before the 5K. Photo from Keith.

We split up and headed to the start line, where I lined up with my friend Ann around the 9 minute/mile start pace. That probably wasn't my smartest choice because I had to pass people early, but that's ok. It actually was my target pace for the PR. The gun went off and we started moving toward the start line very slowly.

The race was super crowded, so even after we crossed the start it was hard to get through. I did a ton of dodging to get around people, including ones who started up front but were walking (why do people do that?) I know I started back to far because I was passing people for the whole entire race and the crowd really never thinned out. This course also has a LOT of 90 degree turns which bottlenecked the runners and made it hard to get through.

Somehow even in the crowds and turn bottlenecks I managed to run the PR and goal time, so I can't complain too much. However, I do wonder if I could have been even faster without those obstacles. I'm happy with my splits because all of my miles were under 9 minutes. That's a victory for me! 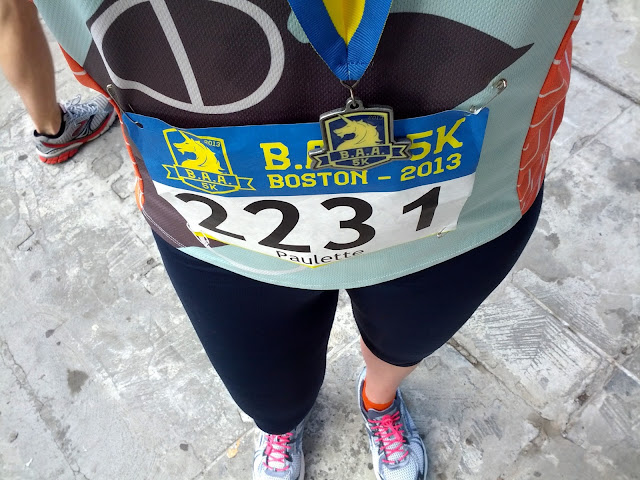 They gave us little medals.

After the race I met back up with everyone - Alisyn, Matt, Keith, and Ann - and we headed to the bleachers to watch the invitational mile events. We ended up getting really cold and heading to a coffee shop for food so we didn't see them all, but what we watched was really exciting. 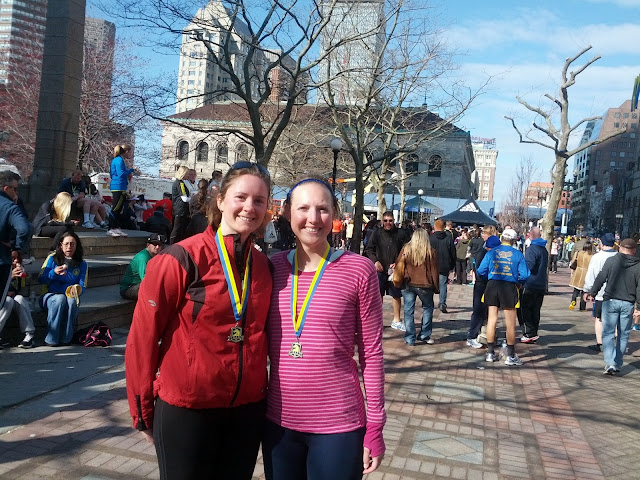 The Saturday before the 5K, we went to the Boston Marathon expo to pick up our 5K packets and had a great time. What an awesome expo! I loved the energy even though I was only there for the 5K. We wandered around for a while, and I got to say hi to Lauren Fleshman again at the 110% booth. 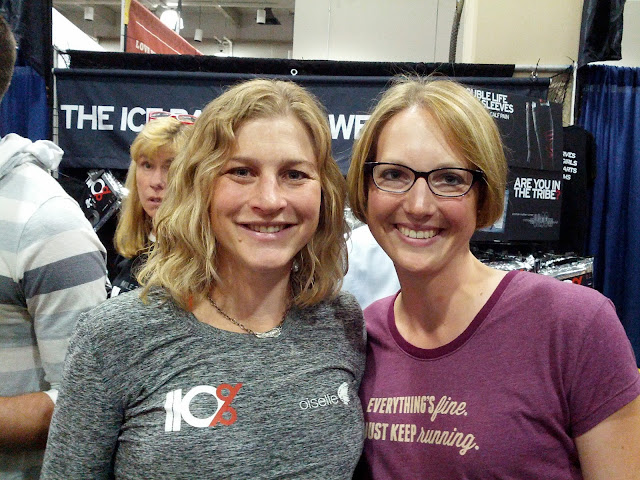 Still so excited that she joined Oiselle!

Packet pick up for the 5K was easy, we went to a separate room and didn't have to wait to grab our race bibs and shirts. The shirts are Adidas short sleeve tech shirts and are actually quite comfortable despite the somewhat manly appearance. I wore it home on the plane as my race shirt to support Boston on Tuesday. 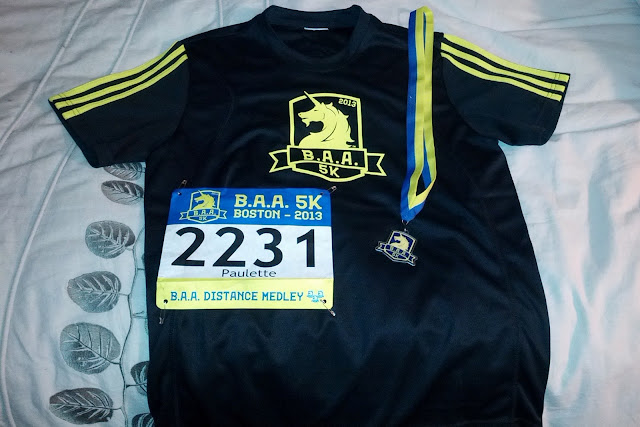 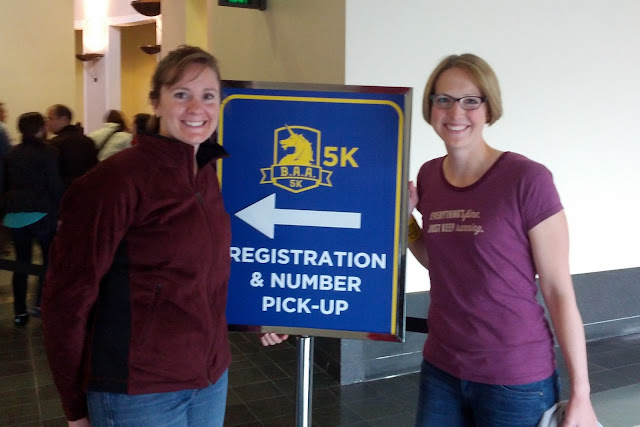 Ann and I, figured we'd document our packet pickup.

I'm happy with the outcome of this 5K, but I think I'll be doing another one to test myself on a less crowded course. Who knew I'd actually want to run another 5K?
Labels: 5K Boston race report