I'll eventually get back to doing these on Sunday nights, but for now I'm still running behind. Lots of fun this week from spectating at Boston to a great half marathon deal! That said, I backed off the mileage on a number of my runs this week and that wasn't entirely planned. I knew I needed to drop a few miles to ramp up more slowly than the plan, but it was a weird week after traveling and I was struggling to get through it all. Sometimes plans change, and I can't let myself stress about that.

I don't think this 'rest' day was much of a rest day due to the jumping, cheering, and even running from place to place. For more on my experience with everything in Boston, check out this post.

After the previous day I was pretty tired and dehydrated, and when I started out I had a bad side cramp. It didn't feel like my normal rib-issue side cramp either, it was the standard kind. It was easy to tell my body wasn't doing well so I cut the run a short.

Super hot day. I needed to do an easy run so I ran up and down the Vista Slope by work. I love the little dirt trails there.

I didn't want to run at all, but Kevin convinced me to go out for a few miles after work. It was still hot but not so bad, and we had a great run together. I was still feeling super tired though.

Cut another one short because I was tired, but I only wanted the shakeout for the long run anyway. Nothing special here.

I bought a Zozi deal to run the Silverado Half Marathon for $35, and although I was tired I decided to run it anyway as a training run. I told myself no racing, only long run pace, and I stuck to it so I'm proud of myself! It's hard to not 'race' when you are in an actual road event. My usual side pain came back although not as bad as usual, and it was a really hot and exposed course, so I was much happier to stick to a training pace that day. I'm working with a physical therapist on the side pain issue because it's muscular; hopefully it keeps improving.

The race overall was a fun time, mostly because we had friends there and I love running by vineyards. We did an out and back on Silverado Trail from Calistoga, starting and finishing at the high school. The race was put on by Envirosports and they aren't my preferred company, but overall they did a good job with the event. 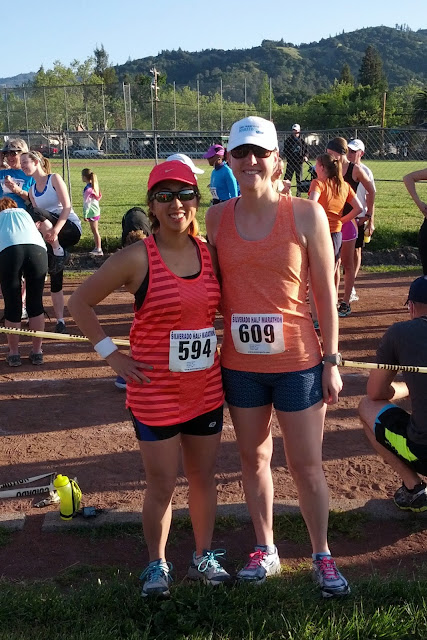 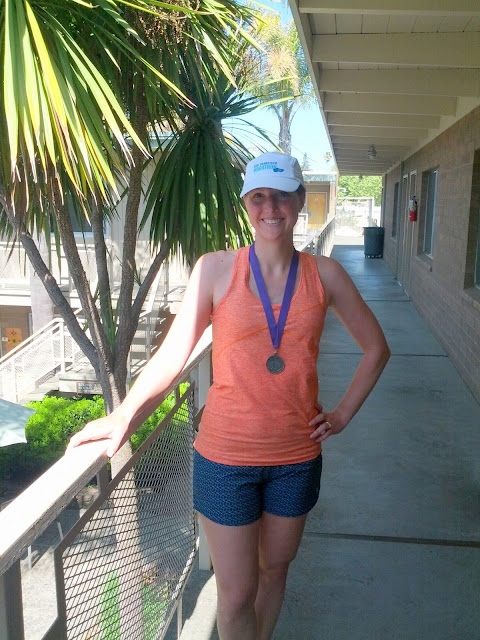 Medal, back at our cute hotel in downtown Calistoga. 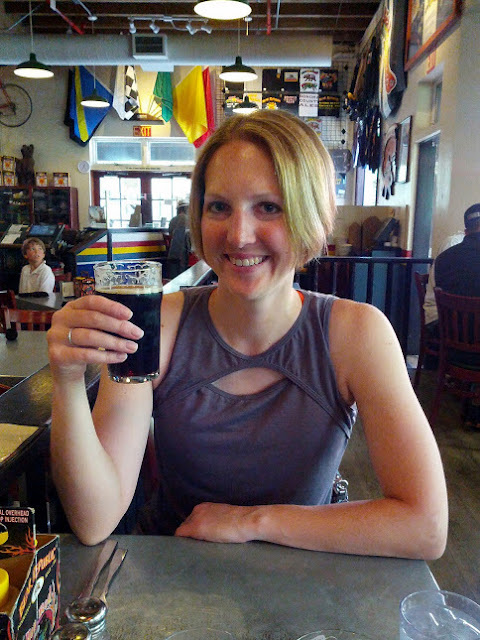 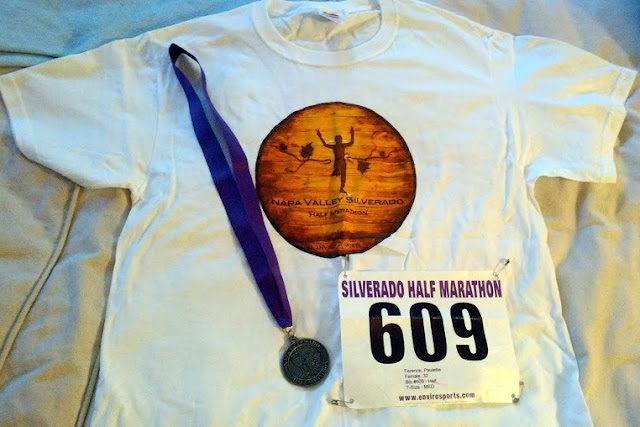 Again, I didn't add as much mileage this week as I hoped but sometimes plans change. I'll get there! A couple of miles increase at a time, slowly but surely.
Labels: weekly recap