The Boston Marathon today was amazing, from Meb winning to seeing/tracking many friends cross the finish line. Marathon Monday is always one of the most inspiring days of the year for running. It was especially weird this year; I kept remembering being there in person last year, cheering for everyone, and of course the sadness that ensued later in the race. I can't stop thinking about how scared everyone was and how eery the evening became. But all in all, the positive vibes and messages today were an important reminder of how strong the running community is and how every comes together. I love being a runner, and I love the community of runners. A big congrats to everyone who finished the Boston Marathon! 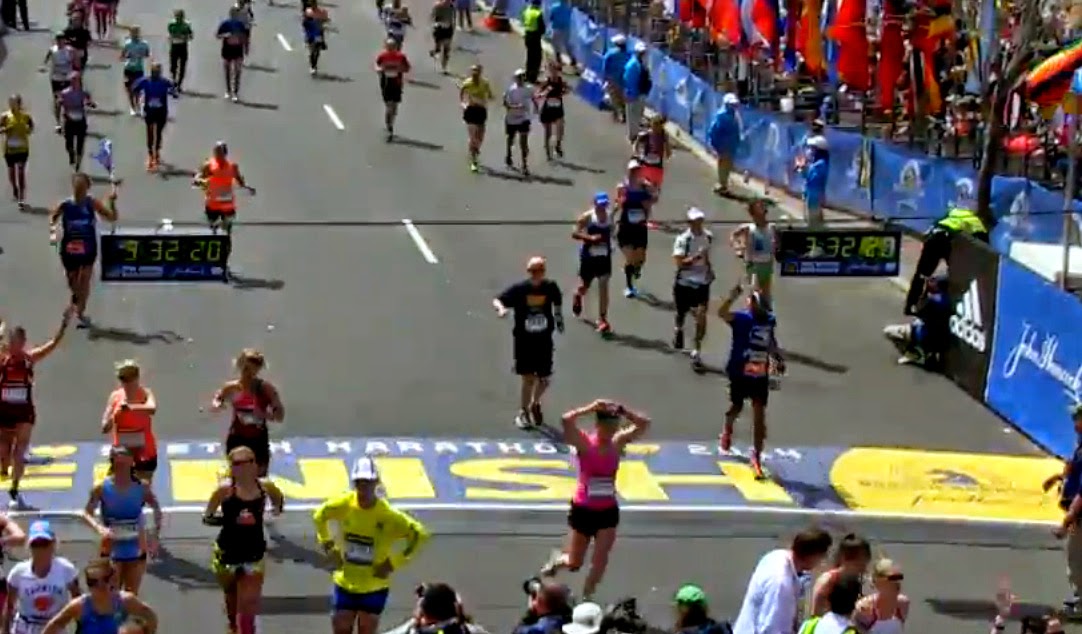 Oiselle teammate Ellen is in this photo on the far right by the clock. Love the live stream! 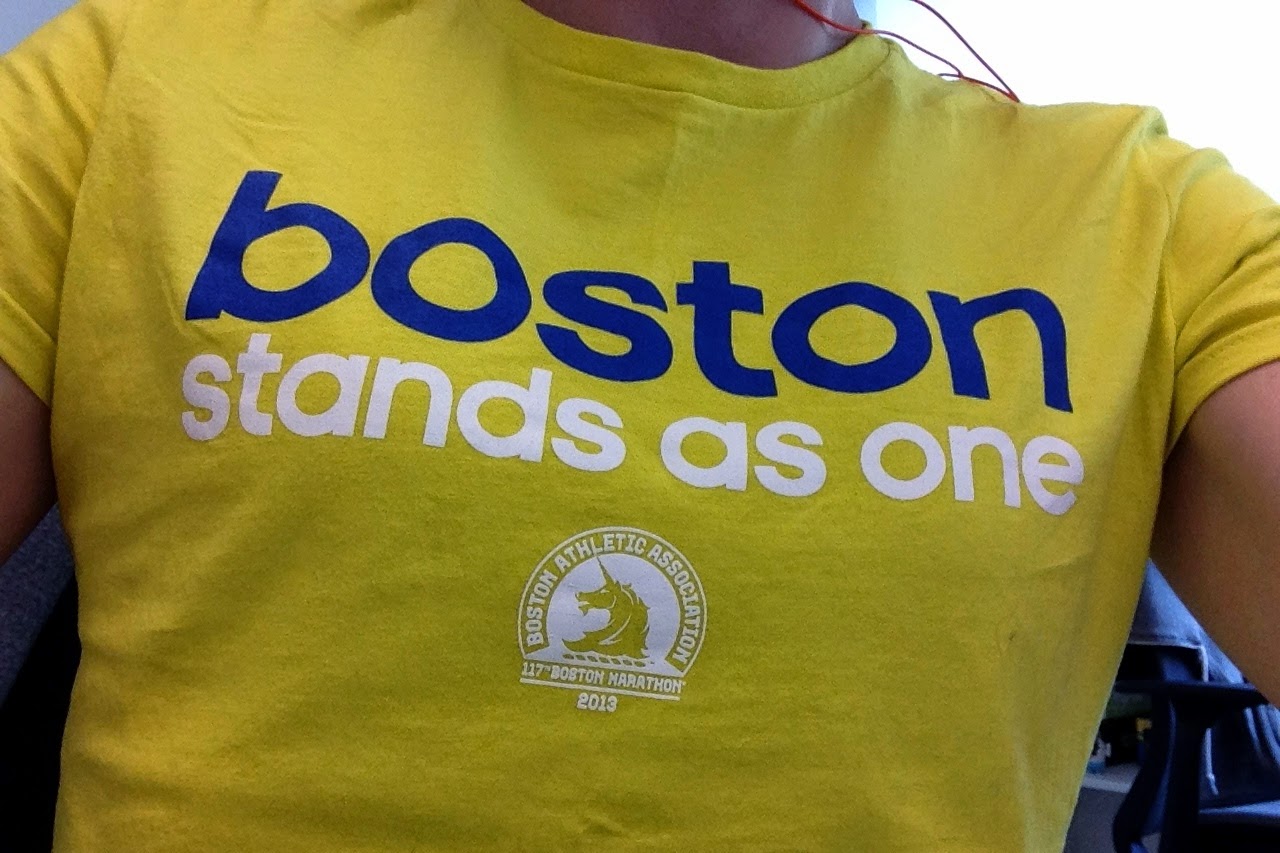 In other news, I tried trail running again last weekend. Although it left my hip flexor and adductor a little more sore than usual afterwards - not to mention the fact that my trail running self is out of shape - I thought it went very well. That said, my ankles and calves hated me for the entirety of last week after being on the trail. I suppose it's been a while since the body dealt with the uneven terrain and climbing (although this was a only moderate climb trail run, about 900 feet in 5 miles.) I'm running a trail 10K with my friend Alisyn this weekend at Folsom Lake, so we'll see how that goes. I'd hoped to return to my 50K goal during 2014 but I'm having second thoughts.

So what are my race goals? I'm still trying to figure it out! Of course, the NYC Marathon is a huge goal for me in November. My 50K goal, which was supposed to be in June but was tabled due to injury, is up in the air. Just a couple of weeks ago I thought I'd go for it and applied to the McKenzie 50K lottery, but I found out this past weekend that I didn't get into the race. (Side note, I should give up on lotteries. I'm 1 for 6 in race lotteries and haven't 'won' since 2011.) As I look for other potential 50K races, I find myself wavering on what I really want long term. I still have some fear that my injuries came from trail running and I seem to be a huge klutz with falls and ankle twists lately.

I'm also registered to run the SF Marathon in July and haven't yet decided what I want to do. I'm tempted to drop to the half, although one reason was so I could focus on trails and a 50K in the fall. If I decide not to make my goal for the year a trail 50K, maybe I want to run the full in SF? I keep thinking of a conversation I had with Erin after Ragnar and her great advice: think about long term goals, what you want from running. If I'm worried about too-much-too-soon and re-injury, maybe the full at SF isn't the right goal this year. If a fall trail 50K is my big goal, maybe I train more slowly for that instead. Then again, maybe neither one is what I want right now and I make NYC my only marathon for the year. I'd be ok with that. I'm still pondering what I want most from running in the near future, and I change my mind (too) often right now.

Does anyone else change their mind on running goals often? How do you decide what you really want to do? 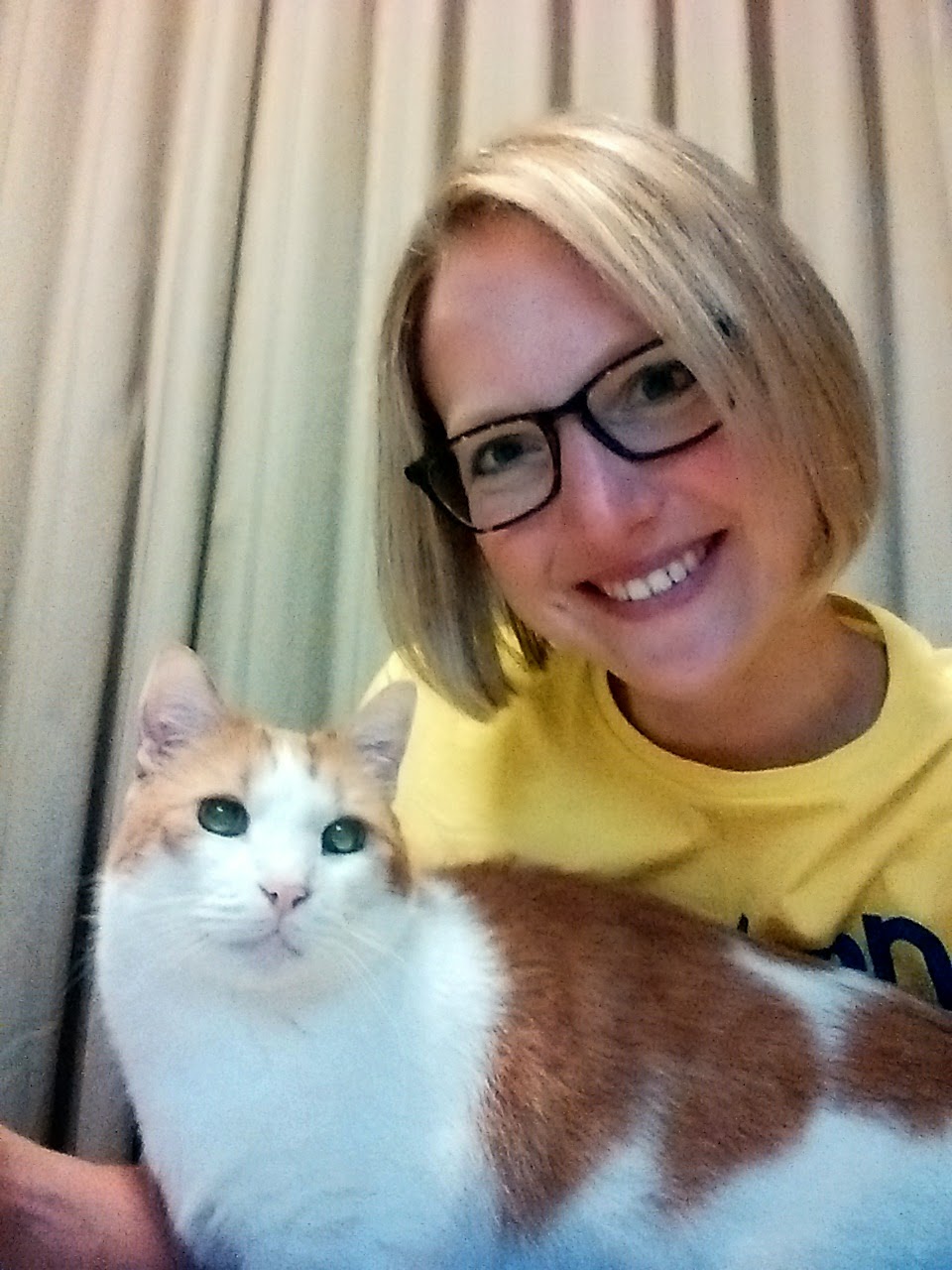 Ending with a cat selfie, because he posed so well.