What I discovered over the past 2 weeks: I'm not very good at using Run Coach. I suppose it's been a strange couple of weeks with traveling, but I need to get better about following a plan. I didn't write a recap for last week so I'm documenting it here too.

Last week in Bend, I ran a little extra because I wanted to enjoy the terrain and trails while I could. It's not every week I have the chance to run in such a beautiful new (to me) place. It also didn't help that I had to move my long run from Saturday, August 9, to Sunday, August 10; Run Coach doesn't like any schedule switches and gives me big fat exclamation points. This is one of those times I REALLY wish it would give me Monday to Sunday total instead.

My other frustration with Run Coach is that it changed the schedule after I entered workouts last week. Perhaps because it thought I ran too many miles (due to the long run day change) it tried to back me off? Originally my August 23 long run was 13 miles, and then it changed to 9-10 miles. Hello, confusing.

For this past week, I started with Sunday off to enjoy the last day of exploring Bend. Saturday's long run was really tiring and I was feeling the altitude, so the rest day seemed like a good idea. Monday is my normal rest day, and I took that too. I don't think it's uncommon to need some catch up time after travel.

Tuesday I ran my planned 5 miles on trail at Rancho San Antonio, a new route for me. I'm glad I found a 5 mile route I like there and will be using it again. I felt decent except for super tight calves that warmed up after a couple of miles.

Wednesday ended up being 3.5 miles instead of 4 miles because I had GPS issues and had no idea how far I was going. Considering I was guessing, 3.5 miles really isn't that far off. The most frustrating part is not having the Strava data!

Thursday brought a 2 hour long dentist appointment for fillings and a very sore mouth, so I went out for soup and pushed the run to Friday. I had nothing left after such a long time in the dentist chair that evening. Although Thursday would have been speedwork in the form of 400s, I knew it wasn't smart to run two hard days in a row and instead ran an easy 5 miles on Friday. Correct distance, just not the speed paces. On the bright side, it was a gorgeous day and I felt great.

That brings me to Saturday; I had an amazing and beautiful long run at Rancho San Antonio. I generally don't like running trails alone, but I felt pretty safe going to a busy park and did it anyway. Kevin had other run plans and I didn't feel like slogging on pavement for 13 miles. Side note: I ran the old scheduled mileage because I didn't understand why Run Coach changed it.

I did the outer loop at the park, starting with a big climb up PG&E trail to almost the top of Black Mountain. I've done this a couple of times partway up, but never to the top. I was pleasantly surprised how nice it was up there! After about 4 miles of mostly uphill climbing, you come to the edge of the park where the trail turns into single track with tons of switchbacks. Another mile or so climb takes you to the top of that foothill, at which point the trail splits to go back down into the park or up to the summit of Black Mountain. I wasn't prepared for the summit mileage-wise but should do it someday. The total climb to the trail split was about 2400 feet. 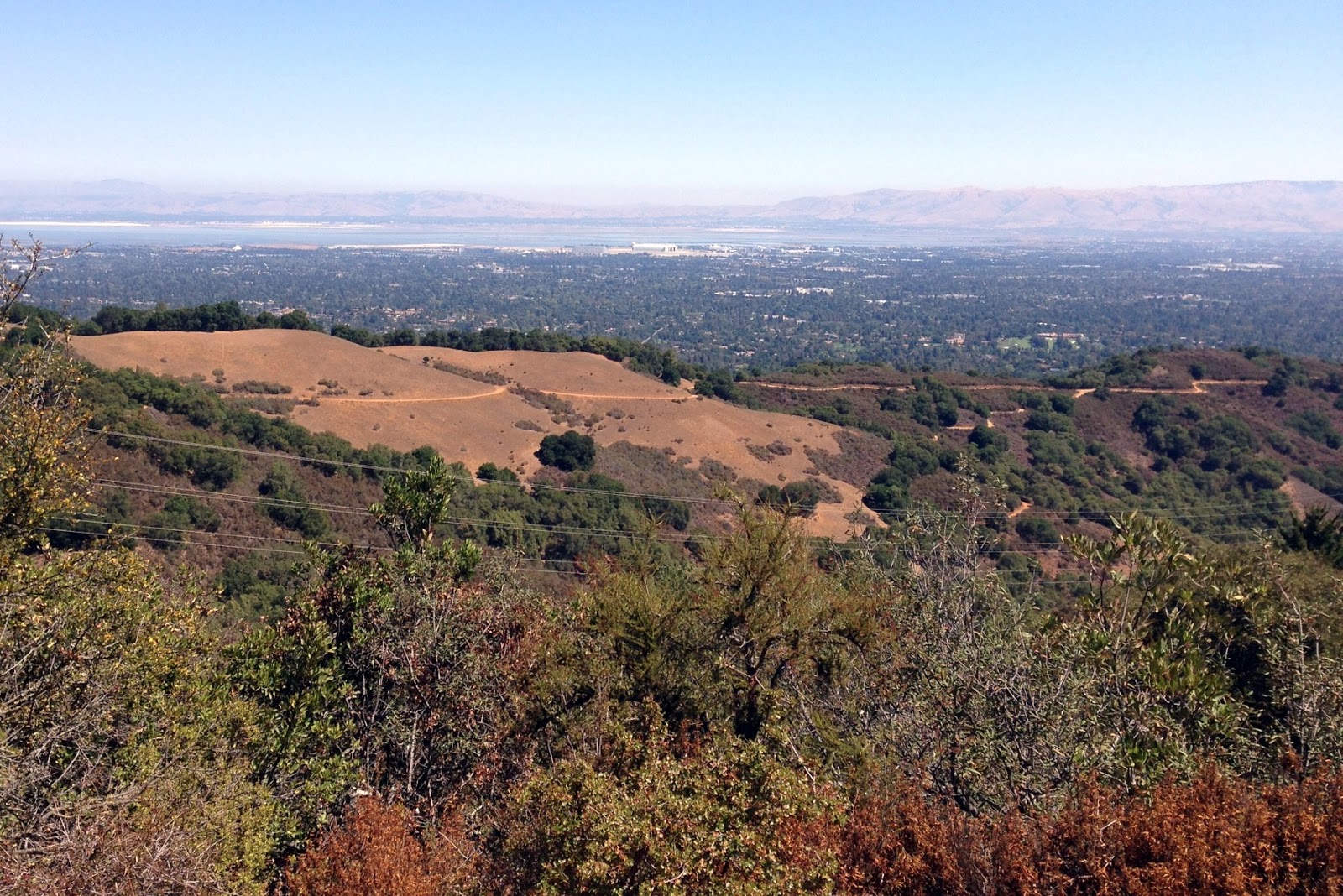 Looking across to the other side, where I was heading (eventually...) 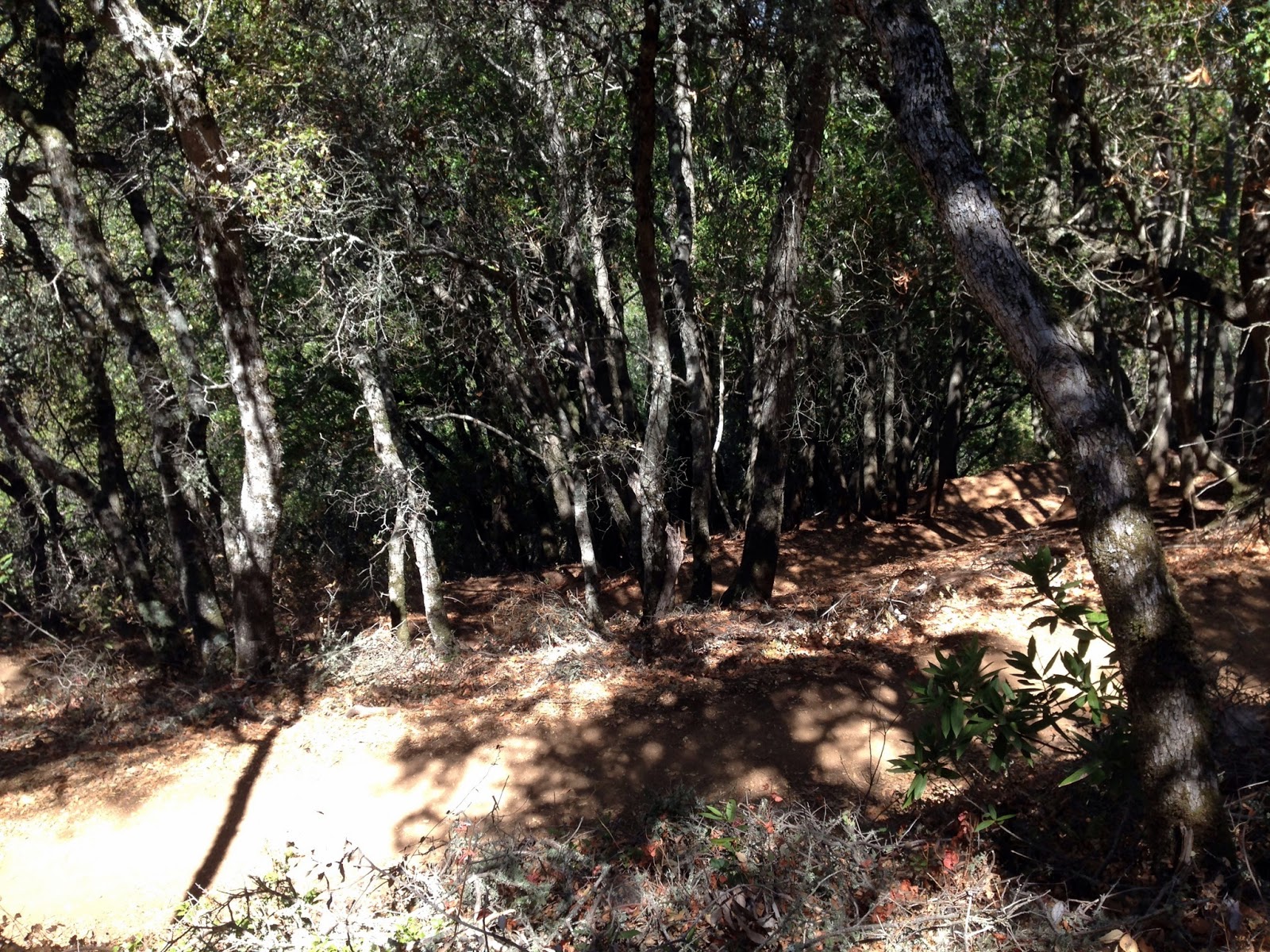 Many tree-covered switchbacks on the way up. 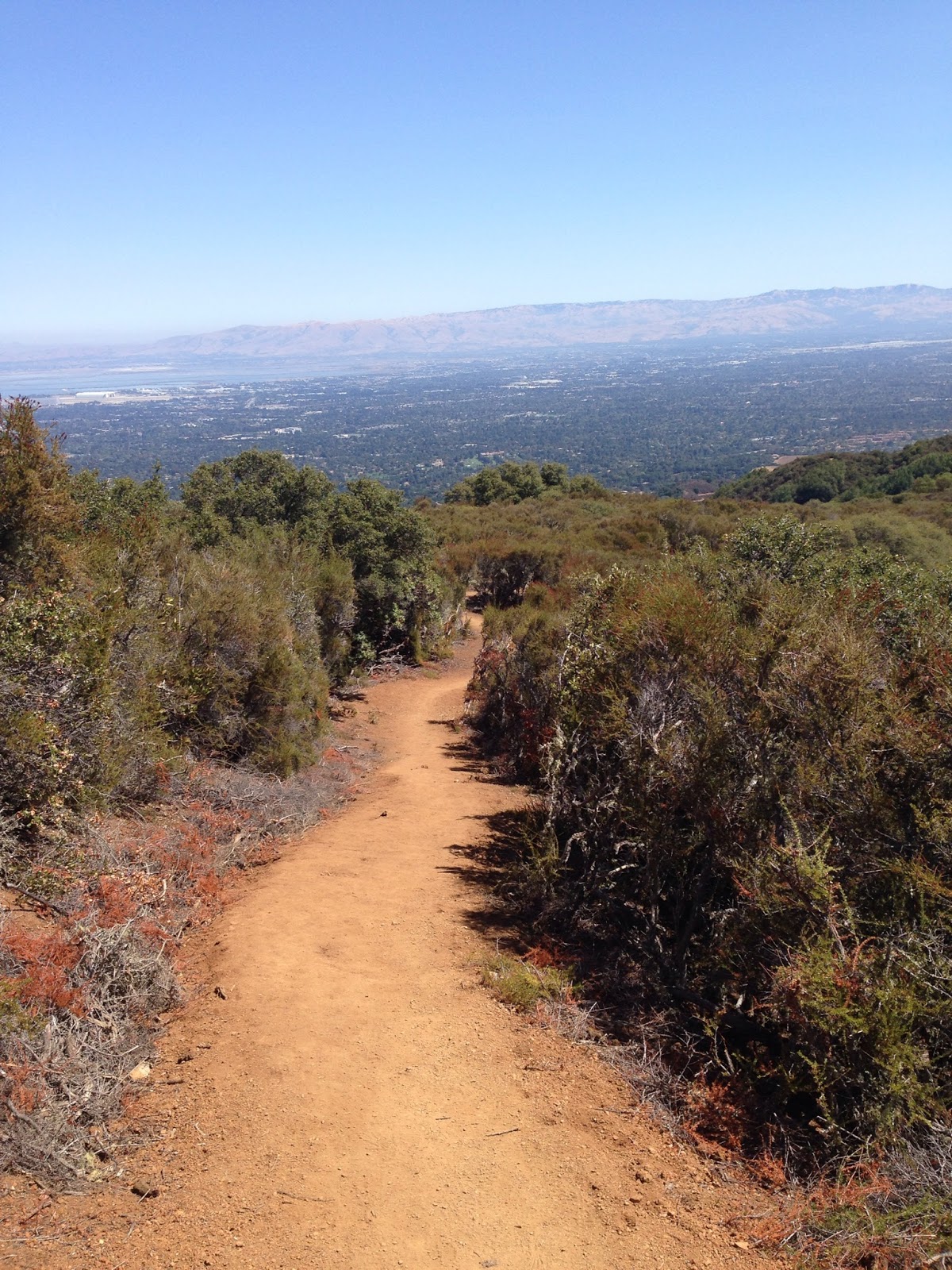 My favorite view from the upper trails.

After starting back down on some steeper terrain, the trail becomes gently-sloping-downhill-single-track-bliss for a few miles. Nice views, shaded tree cover, and soft dirt made me a happy girl. I considered taking photos but was enjoying the run too much to stop. Eventually the trail curves around the back of Rancho and into the park back towards the parking lot. It was a tough, but really enjoyable, route. The full loop is 12.5 miles, not 13 miles, but I decided my time on feet for the day was plenty thanks to the climbing.

For next week, I'd been expecting a 15 mile long run until Run Coach changed again. It now says 10-11 miles, which seems too short. I'm feeling like it's behind where I prefer to be in training for NYC and think I might stick with the plan it had set originally. I have no idea what to think of the constantly changing mileage right now. As someone who tends to plan ahead, it's driving me crazy.

In other weekly news, I decided to buy the Anatomy for Runners book by Jay Dicharry. We heard him talk in Bend, plus I read a review of the book by Jen and decided to go for it. His talk on mobility and activating muscles was great, and I could tell it would go well with my recent hip issues and exercises. I can't wait to read it! 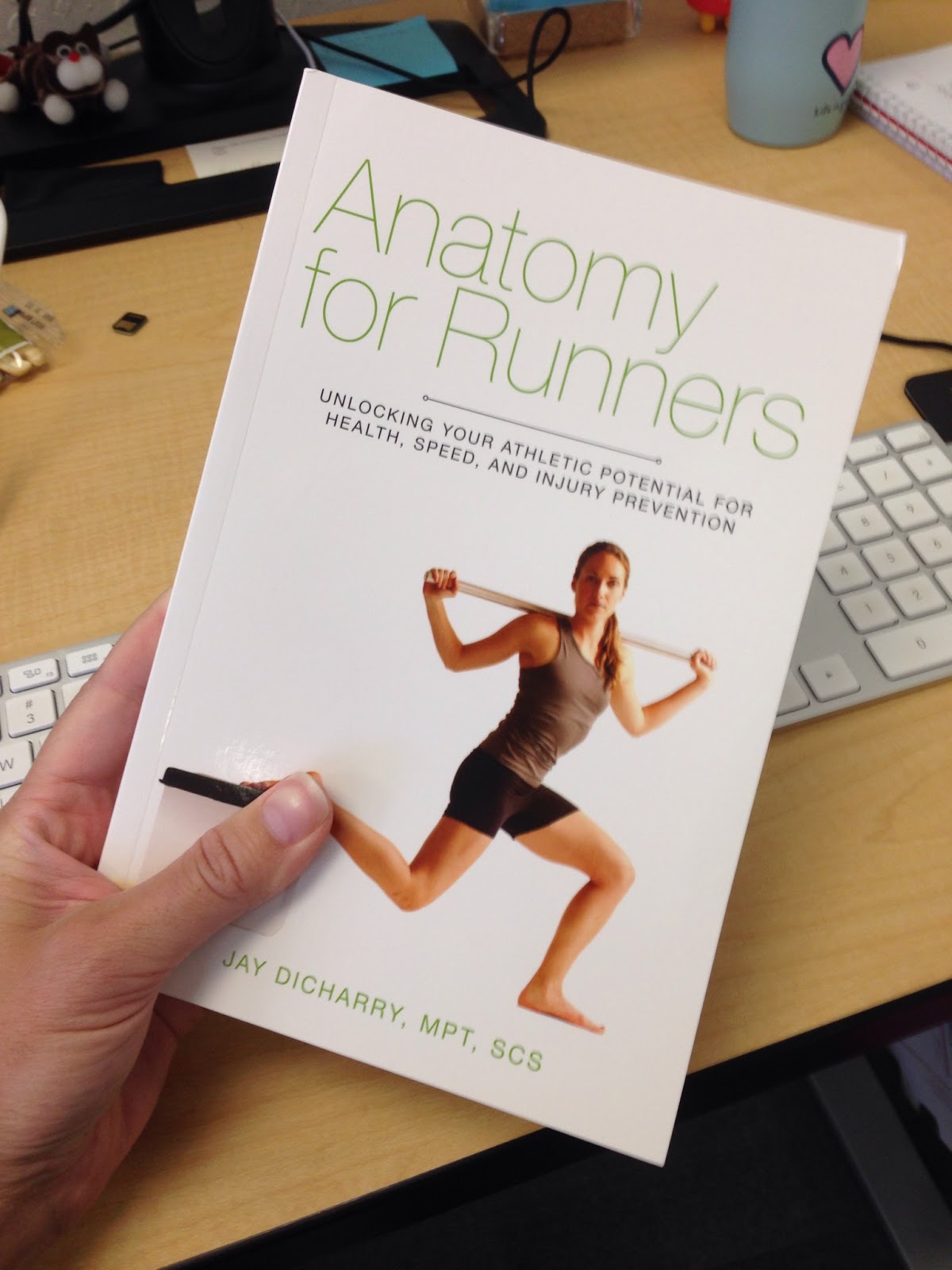