My previous post mentioned running the Golden Gate 30K on July 11, but the weekend took an unexpected turn and I missed that event. We woke up on Saturday to a very sick kitty and made a trip to the vet instead. I'm happy to say after a week of worrying about her, Willow is going to be fine. She had an ulcer and bacterial infection that made her sick; luckily she did not have lymphoma as they thought she might based on early tests. We are so relieved! You could say I'm very attached to that little cat. 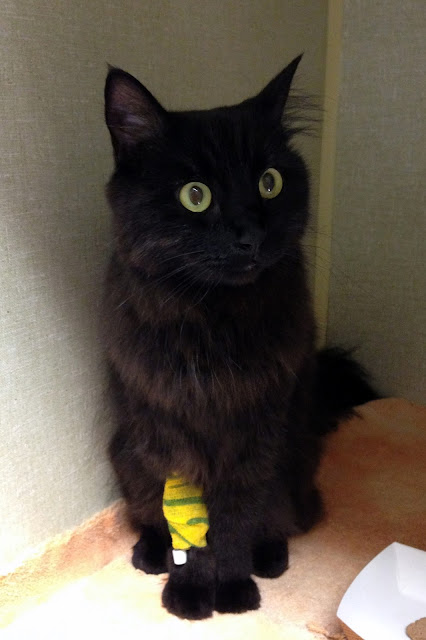 Guilty of photographing Willow at the vet with her little bandage. Such a sweetie.

Back to running. I was a sad about missing the 30K and even more sad about leaving poor Willow at the vet alone, so I went looking for other weekend trail runs in the area. The Bay Area has a ton, and we found a Sunday 30K in Pacifica that we were able to sign up for last minute. (A huge thank you to the PCTR race director for replying to me on Saturday afternoon and letting us know they had spots left!)

Although I love running in the headlands, I enjoyed checking out new trails in a new part of the bay. Both 30K courses were similar in total climb at 4000 feet, but I felt the Pacifica course had more extended climbing instead of the up/down/repeat I'm used to in the headlands. We started at San Pedro Valley Park, and the first loop of the course climbed to the top of Montara Mountain. 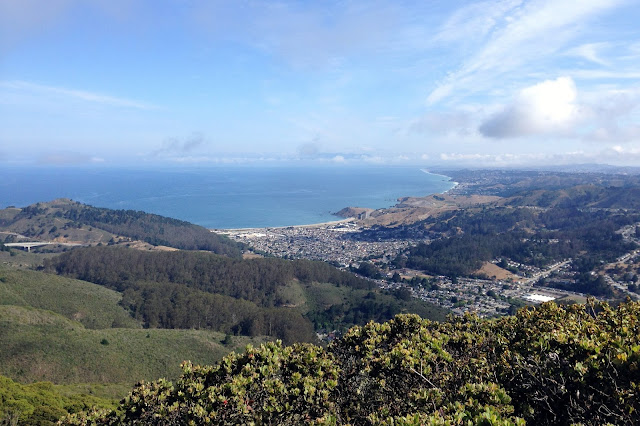 View from the Montara Mountain climb. 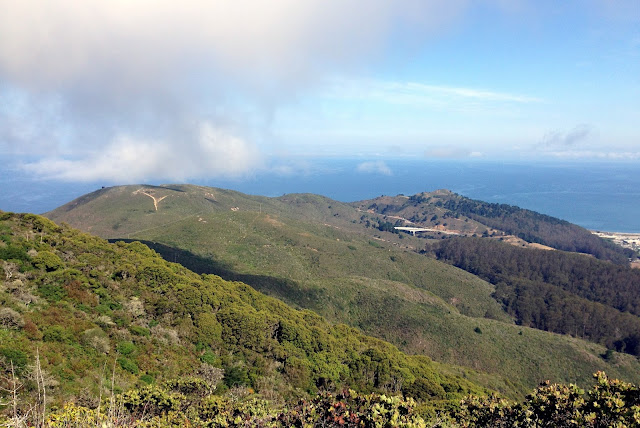 From the top of Montara Mountain. 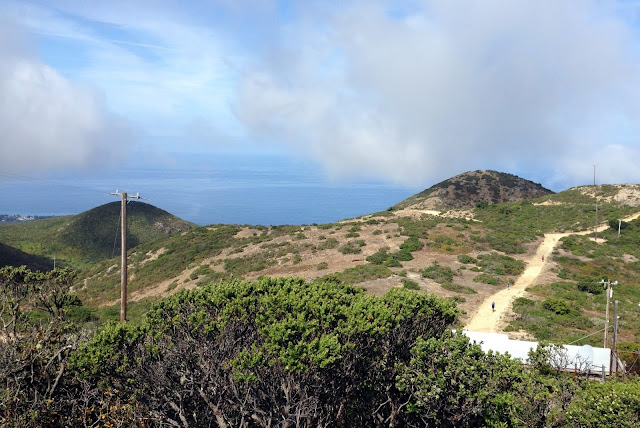 From the top, the other direction. You can see runners coming up. 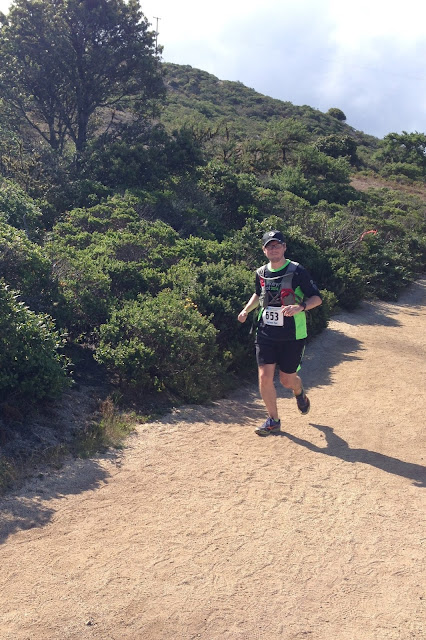 Quick photo of Kev running back down as we passed.

After descending the mountain we ran back past the start, then headed the other direction on a new loop that we ran two times. The second climb on that loop was particularly tough and resulted in a lot of power hiking.

During the first time on this loop, I was stung by something on the upper inside of my left leg that left a big red welt. Ouch! It was painful for about 20 minutes and then subsided enough that I could ignore it; I was going to be seriously mad if I had to stop the race because of a silly insect. It must have been a sweat bee or something nicer than a real bee, because the pain wasn't as bad as I remember from real bee stings. Thank goodness.

The second time I arrived at the top, I'd done so much hiking uphill that I stood still for a minute to gather my thoughts (legs?) before taking off on the downhill run. Once I started moving, all was well again. The other thought I had at the top of the loop that second time was 'Wow, this is so great. Let's go again!' Even though I was tired, I wanted more. More challenges, more trail running, more distance. Something about the 30K left me hungry for these things in a way I've not felt before. Now I have to reign myself in so I don't sign up for a second 50K before I run the first one and know how it really feels.

I finished the race in 4:18:19, which I admit is slower than I'd hoped. Based on my long trail runs in the headlands and other places, I was thinking I'd be about 15 to 20 minutes faster at the 30K distance. That said, I'm ok with it because it was hot that day and a very tough race. No matter what the time was, I felt strong and successful and that's what really matters. 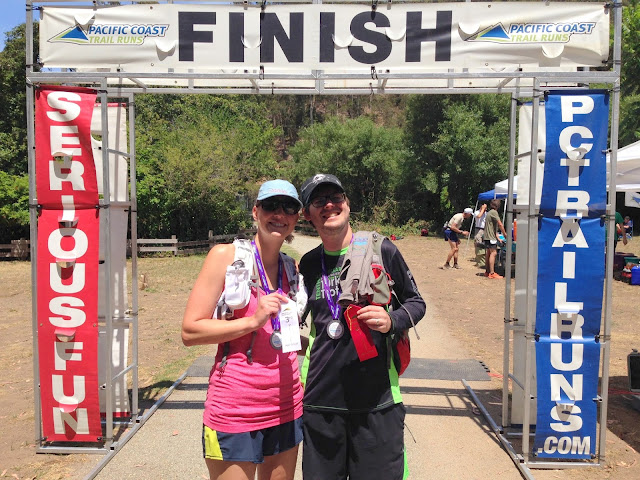 Technically I was 3rd age group, although there were only 5 of us. Hence the ribbon.

Following the run, PCTR had tons of food including cheeseburgers and beer. It was a laid back event with fun people and easy logistics. I'll definitely do more PCTR races based on this one, and I'm happy this is the same company that organizes the Skyline to the Sea 50K. 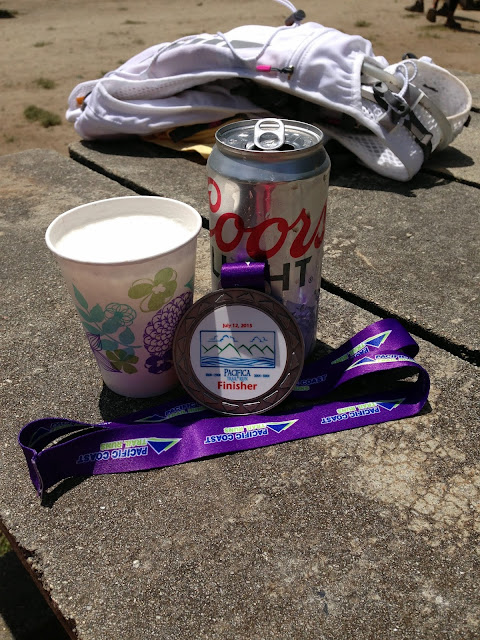 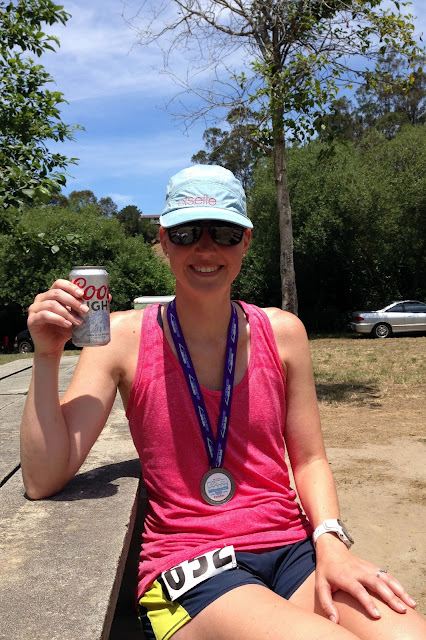 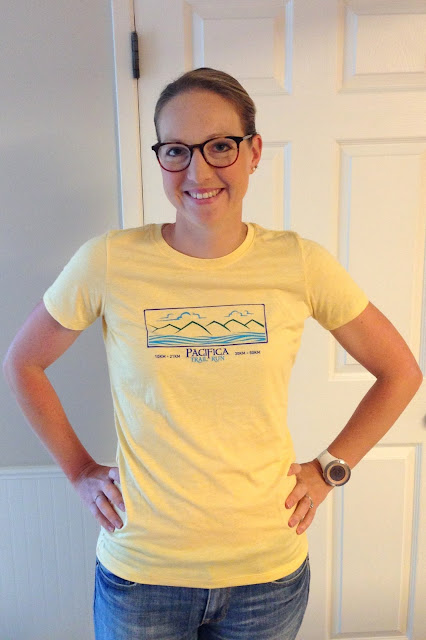