Although I haven't posted much about it, I'm still training for the Skyline to the Sea 50K on October 10. It'll be my first 50K and I go back and forth between very excited and very nervous. I've been feeling strong overall and training mostly on trail, which makes me a happy girl.

However, this past week has had me feeling particularly drained both mentally and physically, likely because work has been tough and we are coming off of Hood to Coast. I've felt slow and blah when running and even when not running for that matter. Today, I felt awful at the beginning of my trail run but finally perked up a little after a big climb got the blood flowing. I was able to enjoy the down and flats back to the start, and I'm reminding myself to focus on the positive mental vibe that I felt at the end. A few bad runs don't negate the whole training cycle.

Perhaps I'd be less concerned if I weren't quickly approaching my longest run of 50K training, which will be the Headlands Marathon on September 12. That's only 5 days away so I need my head (and body) in the game, stat. If nothing else, I love running in the Headlands - it might even be my very favorite place to run - and that good energy should give me a boost. I'm looking forward to seeing a few other friends who are running one of the Headlands events, some who will be running their first 100 mile event at the Headlands Hundred!

Rewinding to my last strong long run helps my mental status, too. A couple of weekends ago, I did a course preview of the last 10ish miles of the course with Go Far and had a fantastic time. We started at Waddell Beach (the finish), ran a little over 10 miles up to Big Basin Park HQ, then retraced our steps back to the beach. The total run that day came out at about 21 miles and I finished feeling awesome. 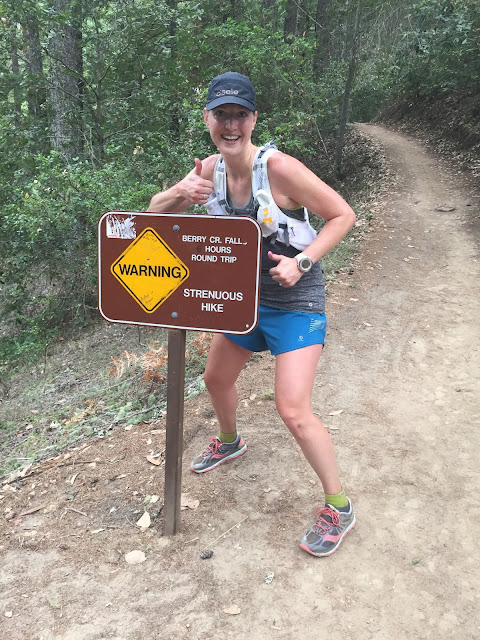 We enjoyed the warning sign at the top of the hill we'd just climbed.

This particular 50K course is recommended by many people and I've wanted to run it for years. The one thing that had been bothering me is the net downhill; would it be too much near the end on tired legs? The course preview run helped to ease that fear; even though there is a lot of downhill at the end, it's mostly gentle (although very technical in places) and has a couple of flat or uphill sections to change it up. The technical downhill portions will be slow and challenging though, so I need to keep picking those feet up until the end! 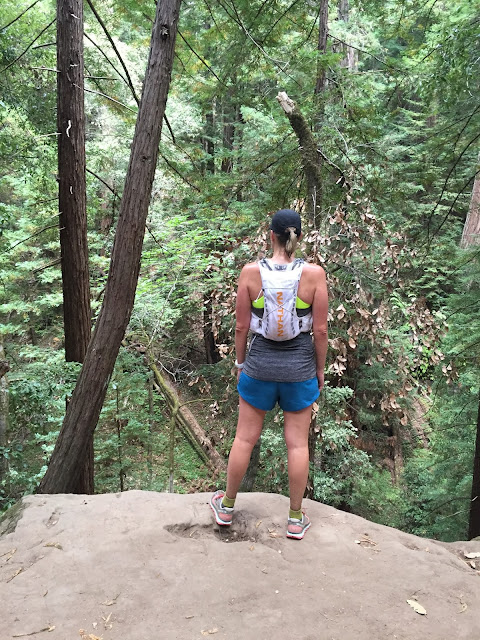 Trails and trees. My happy place.

One big highlight of this part of the course is passing Berry Creek Falls. I'm told that taking the other trail split will take you to even more waterfalls, but I haven't tried it. I was happy to see there was water flowing despite the drought. 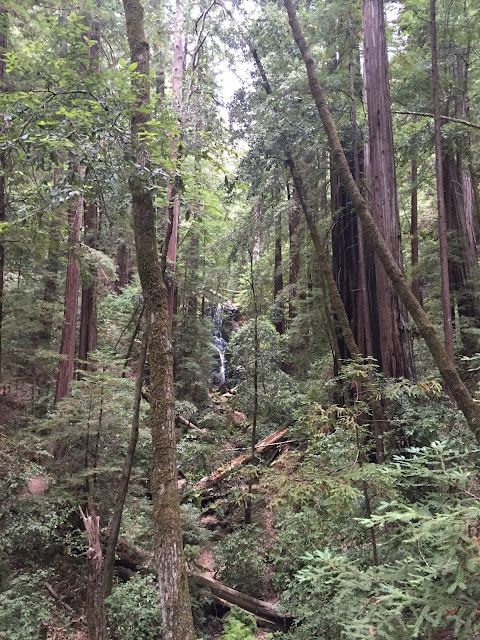 We re-grouped at Big Basin Park HQ, where we could use restrooms and fill water if needed. The steady climb up from the beach to HQ was then behind us, so we enjoyed the gentle and mostly downhill portion of the trail back to our starting point. The way back was definitely faster than the way out! 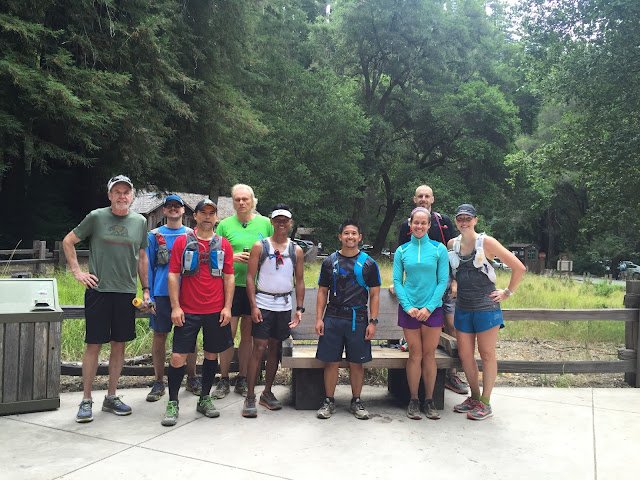 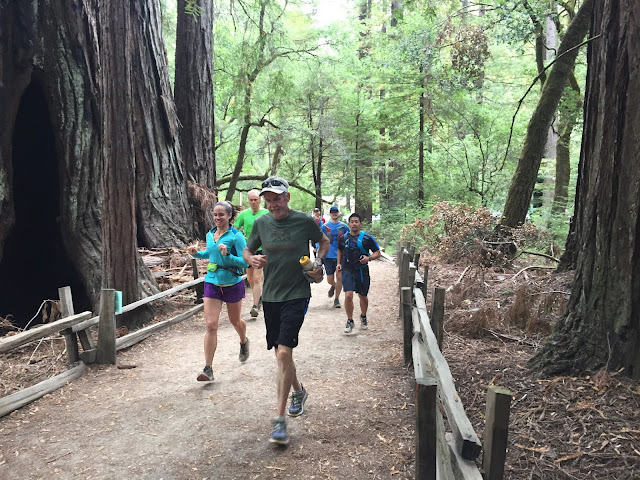 Starting back toward the beach from park HQ.

I like being able to train on the trail that the race will use, and this is one of the reasons I chose Skyline to the Sea. I've also been on the trails above Park HQ in the past and I'm feeling good about the course in general. I know the bottom section will be tricky and I'll need to pay close attention to where my feet are landing, but running it even one time makes me feel better about it going into the race.

And last but not least, I'm excited to announce that this weekend's marathon will be my first race in the Bay Birds Racing Team singlet! I'm pumped to join such an awesome group of local ladies; everyone I've met has been welcoming and supportive. They are based out of SFRC in Mill Valley and have many trail and ultra runners in the group. I can't wait to run with them and to cheer them on as part of the team. 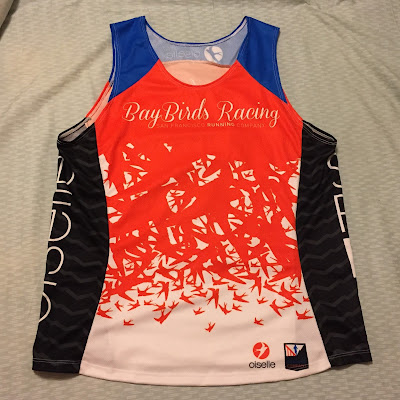