It's been a while since I recapped my 50K, and I'm enjoying a little bit of training freedom by running what I feel like, when I feel like it. My initial reaction to finishing the 50K was 'I want to do another one NOW!' but I'm happy I didn't let myself get sucked into a random sign up. (Lucky for me, North Face 50K was sold out...)

I was also very close to signing up for this BayTrailRunners Coastal Marin 50K on November 22; although I refrained, this is most definitely on my running to-do list now. It's a point-to-point run, not a race, and the course takes you from deep in Marin to SF. I saw the course preview video and it looks fantastic!

Instead of jumping into something immediate, I entered the Gorge Waterfalls 50K lottery. The race is in Oregon next April and I've heard many great testimonials from past runners. Hopefully I'll get a chance to find out! If I don't get into the lottery, my back up plan is the Woodside Crossover 50K on the same day. I've run in Huddart a lot, but the Woodside Crossover hits trails near Huddart that would be completely new to me.

Aside from race planning, I'm focusing on recovery and on getting stronger. My PT graduated me from her sessions to a Total Body Fitness class, which I started last week. I feel a little extra tired and sore but hope my body will get used to it soon. I'm terrible about strength work on my own; at least the class will keep me motivated. I want to run longer runs and more mileage again, but I'm holding myself back for a few weeks until I get settled into the new strength routine. There is no use rushing it.

I've enjoyed many fun trail runs and a little bit of travel post-50K. I visited my family in Ohio mid-October, which was a perfect time to see the fall colors and the trail running at Barkcamp State Park. I wish I'd known how wonderful running was when I lived with my parents - I'd have been out there often! 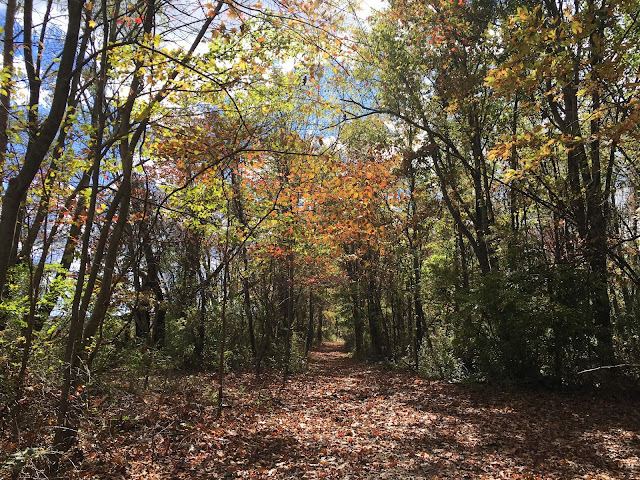 Fall colors along the trails. 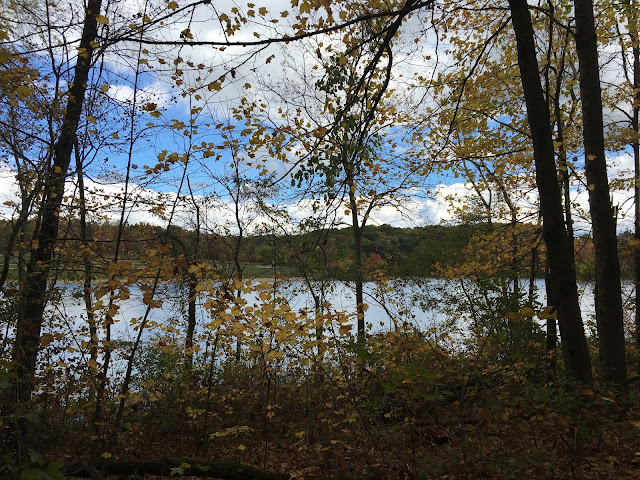 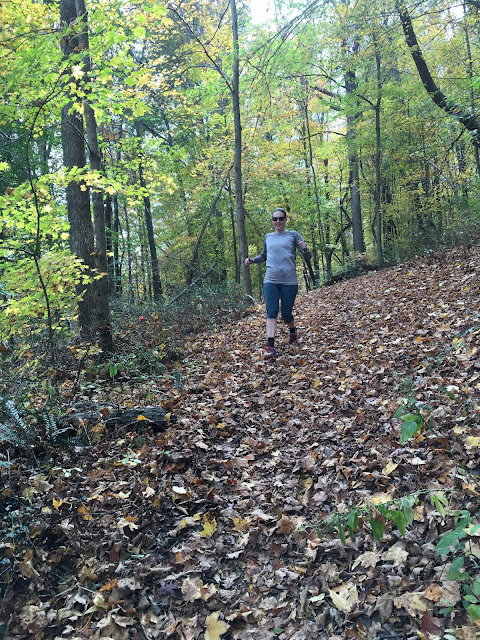 I also found time to run the National Road Bikeway, another place filled with fall colors. I felt like I was in a yellow tunnel. 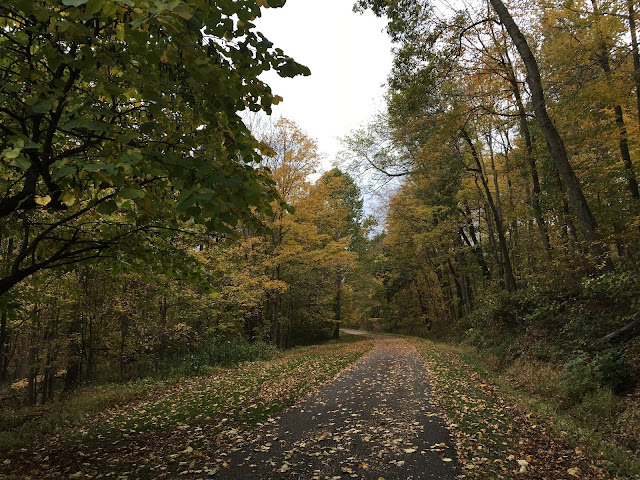 And for Halloween, Go Far Run Group had a trail run and brunch celebration at Quicksilver. We climbed and climbed, found the old cemetery, and then headed back for food. Nothing like a hard trail run followed by pancakes, eggs, and bacon on a grill! 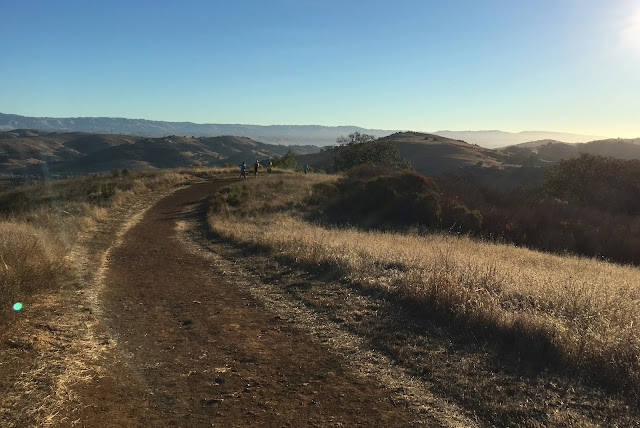 Finally getting to the top. 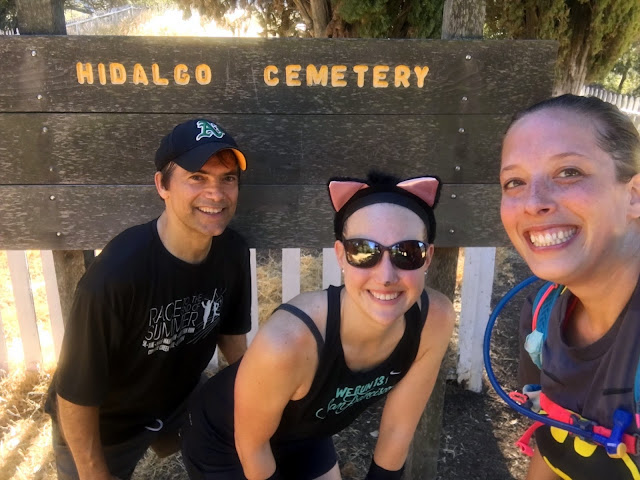 The old mining cemetery in Quicksilver. Oh yeah, there were some costumes too. (Photo from Meghan) 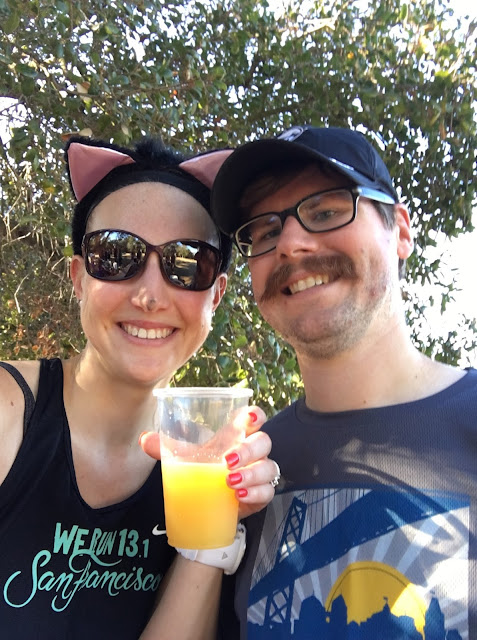 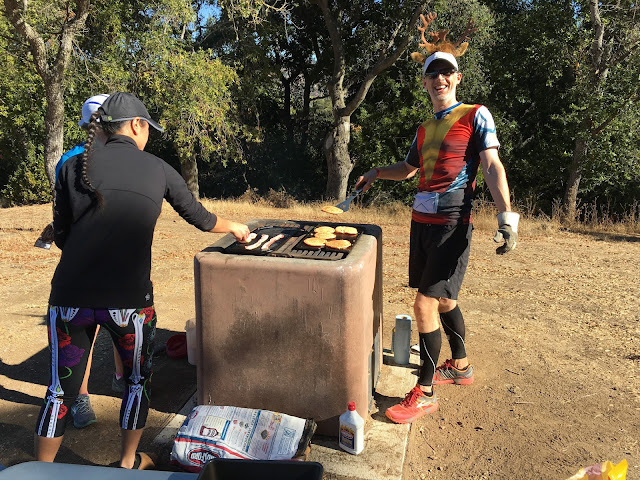 Last Sunday I ran the Mermaid Sirena 10 Mile in SF and I'll recap that event soon. I almost didn't go because it involved a 4:30 am wake up time, but it was worth it. I'll be running the Mt. Tam trail half on November 14 and I'm looking forward to that one.

Have a great week - happy running!