When the Body Says No

Do you ever go through those times when your body doesn't cooperate? I'm there right now. My brain says go and wants to sign up for all the races, but my workouts and runs lately have been rough and I'm feeling drained. I have no idea what the issue is, but I do know that I'm getting a complex about not doing enough.

After the 50K I was super pumped to do it again. In fact, I almost signed up for another 50K on November 22; thank goodness I didn't. For the last few weeks, almost every run has felt sluggish and my body's motivation is weak at best. I've been doing a new strength training class two times per week and running about three times per week, so perhaps the new routine is taking time to get used to. I'd like to say I can run less mileage and not worry about it, but that mindset isn't working for me.

I want to become a person who can keep up with marathon and ultra training mileage year round. I want to be tough, to be able to run a few 50Ks per year - maybe even someone who eventually dabbles in the 50 mile distance. I don't feel like that person right now.

It doesn't help that I took a tough trail run fall yesterday, leaving my knee swollen like a tennis ball and my hands a mess of dirt and blood. Today became an unplanned rest day; the knee really needs to bend to do a successful workout.

Through all of the negative thoughts, I remind myself that everything is fine. I'm lucky that I CAN run when I want to. Despite feeling like crap lately, I had a good day at the Mt Tam Trail half marathon last weekend and thoroughly enjoyed the trails. (Race report to come once the photos are out!) Nothing is really wrong, and I need to remember that. So what if I rest for a few days to get my body back up to speed, right? I'd tell other people that, now I need to convince myself.

What do you do when you are feeling down on your running abilities?

Now that I've written a negative post that is generally unlike me, let's end on a cute cat photo and the fact that it's Friday. 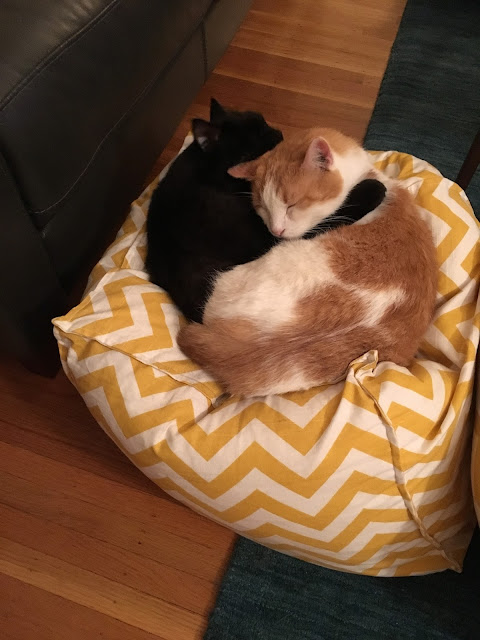