Well...I was being good. Until I arrived at the Tinkerbell Half expo. Yes, I got caught up in the excitement and decided to do the event, of course taking it much easier than I planned when I registered. The doctor had given me suggestions on what to do if I decided to run, warning me to watch for pain and that it might slow recovery a bit. I was past my 2 week no run window and the race was flat, so the doctor didn't think it was out of the question if I wanted to do it. Even though I know I'll pay for this one in the recovery process, I'm really happy I decided to run the race because it was fantastic.

Meg and I drove to Anaheim on Friday after work and arrived late around midnight. We hit the expo right when it opened on Saturday and then headed to Disneyland for the day. The lines were long but we hit all of our priorities: Space Mountain, Haunted Mansion, Pirates of the Caribbean, and Star Tours. Sadly, Big Thunder Mountain is currently closed for track restoration. This was my first time at Disneyland since I was 3, which I don't remember at all, and I loved it! (Don't worry that I'm Disney deprived, I've been to Disney World plenty of times.) 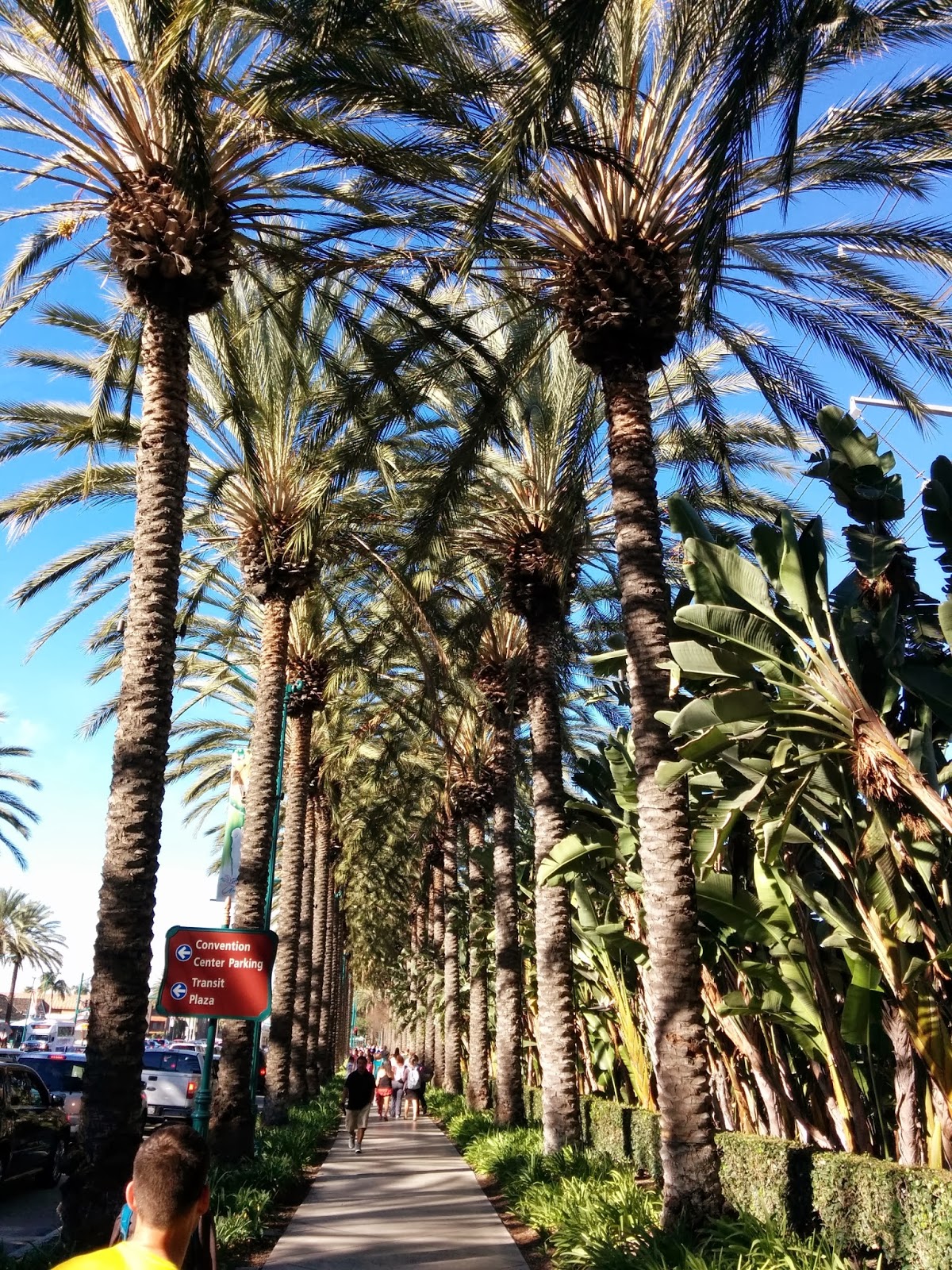 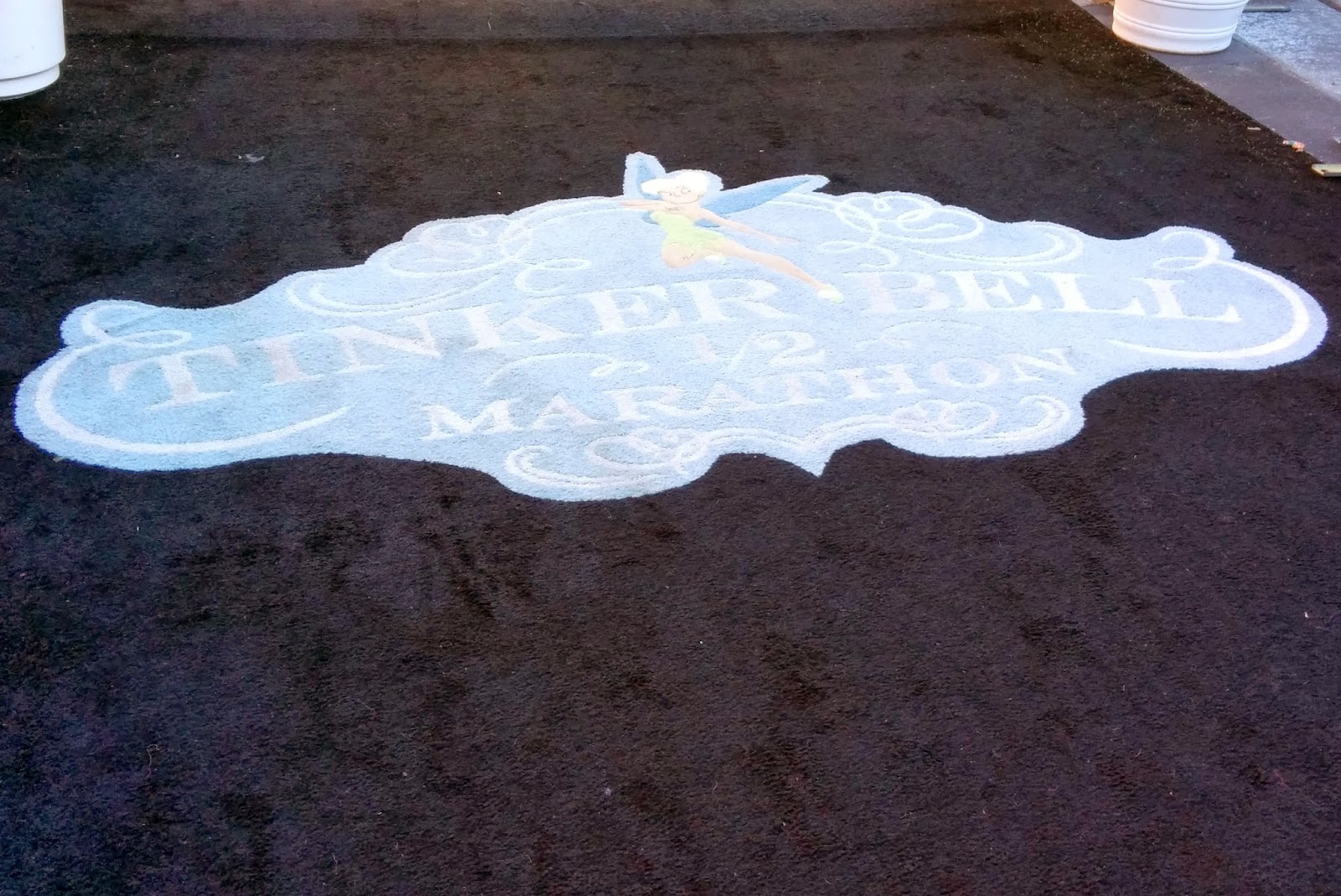 Tink Half carpet into the expo. 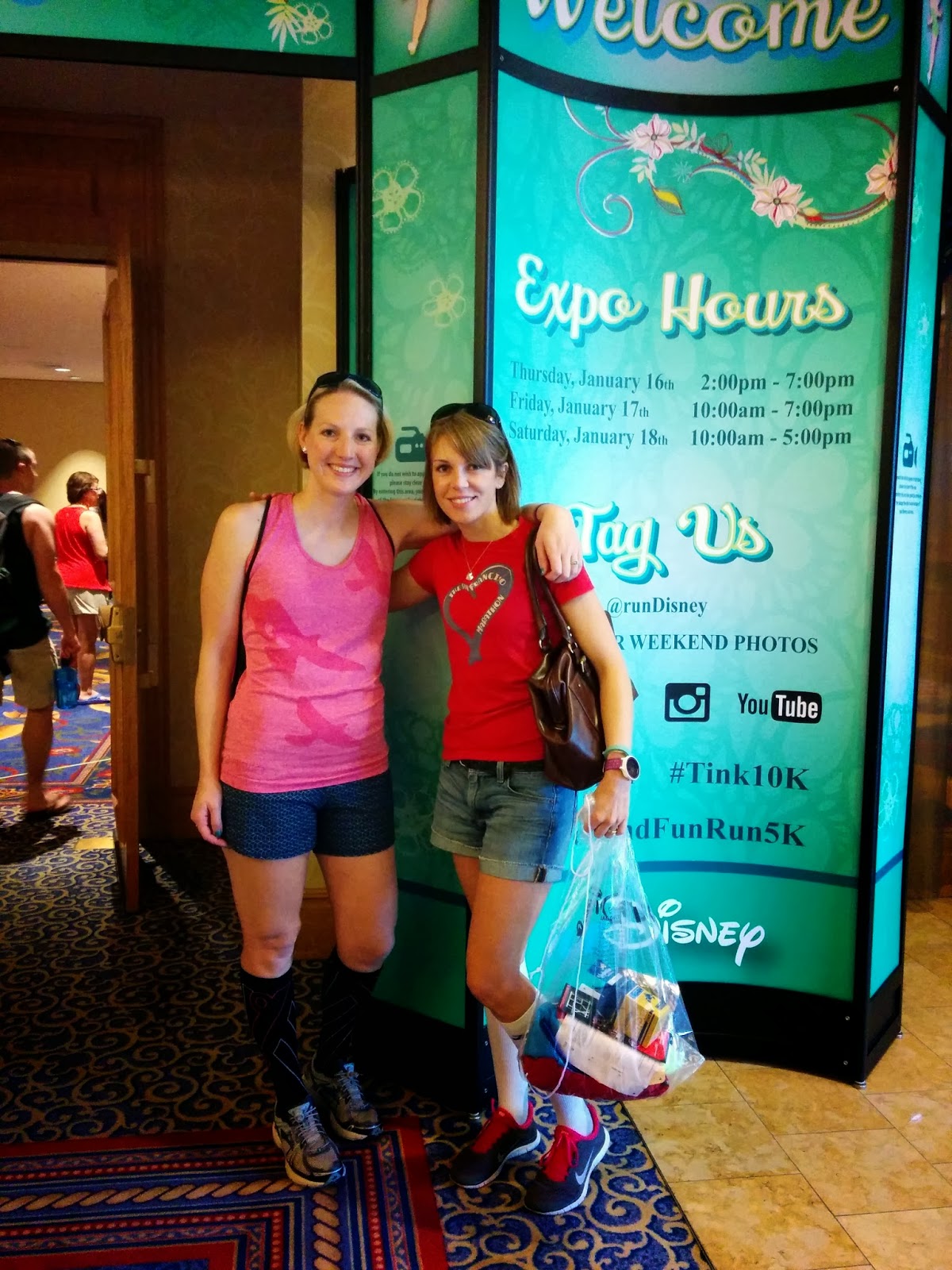 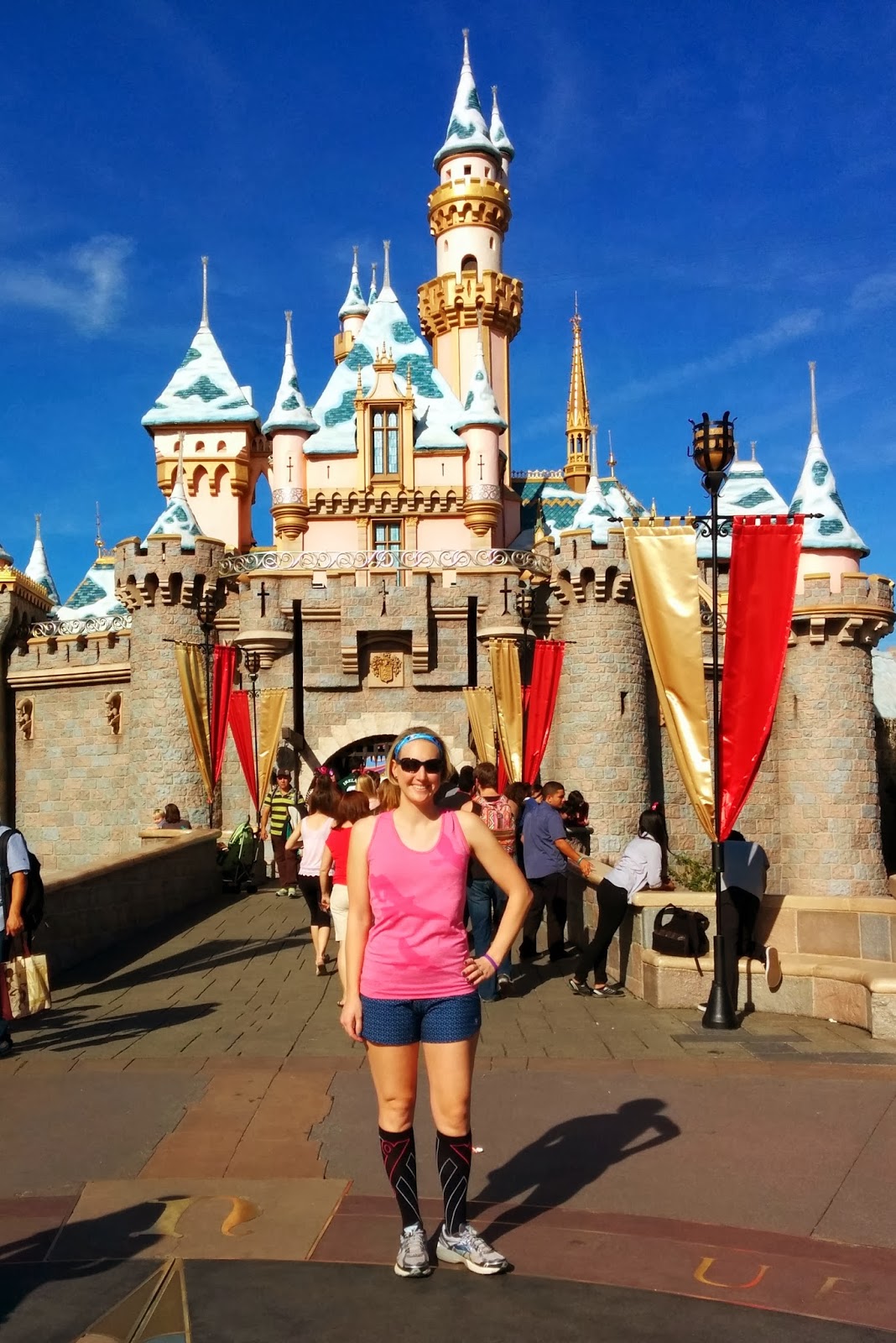 After the park, we enjoyed dinner with Meg's parents at Red Robin (pre-race burger and beer is perfect!) and went to sleep early. That 5 am race start is a tough one. 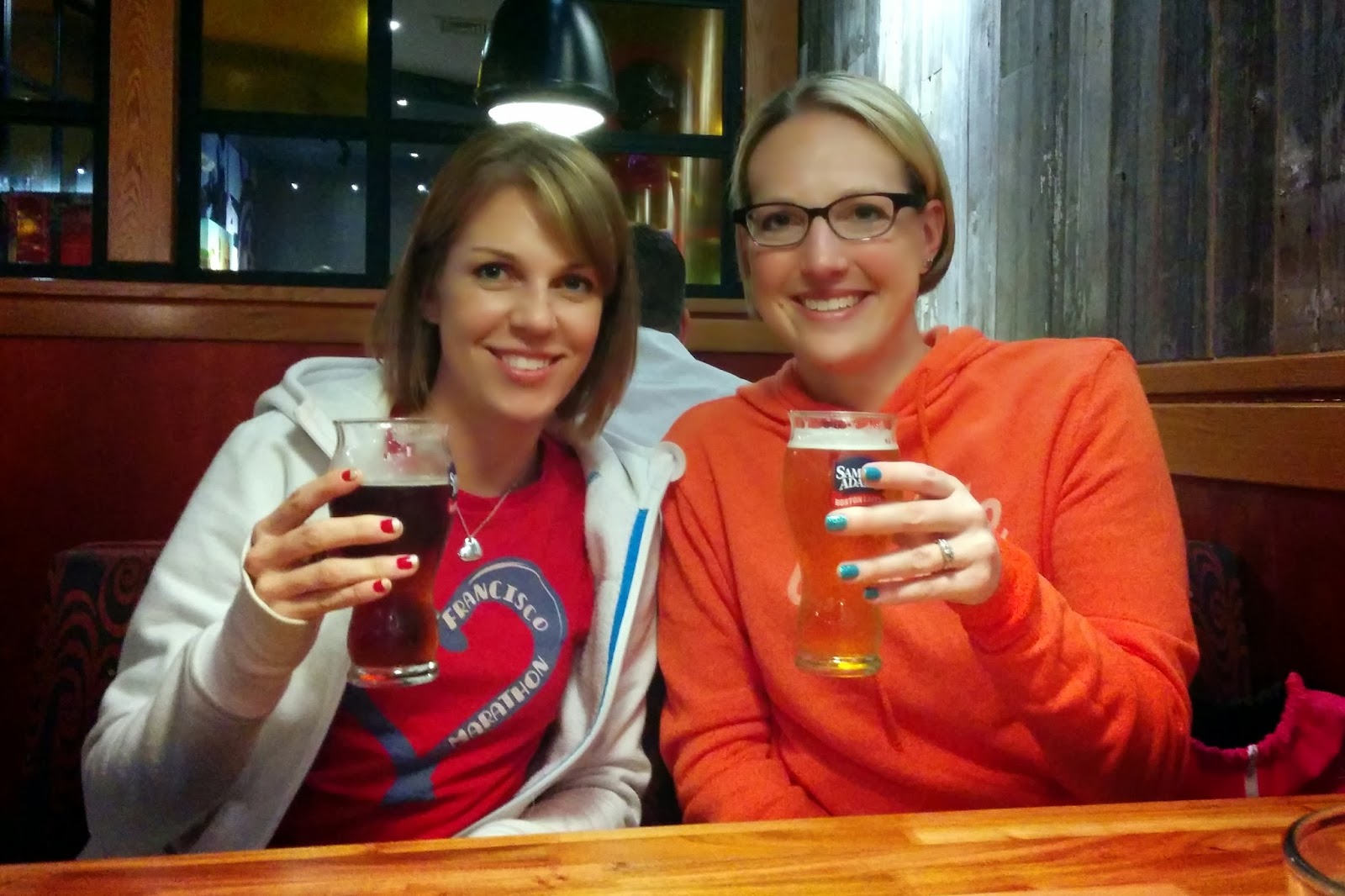 Race morning arrived with a 3:45 am wake up call, and I was able to get up much more easily than I expected. We got dressed, had breakfast, and walked the mile+ to the start line. I felt so special walking all the way up to corral A! That isn't a normal race corral for me. The race start had a few really nice effects - fireworks during the Star Spangled Banner and Minnie and Daisy for the official start. Super cute.

The first 5-6 miles of the race were through California Adventure, Disneyland, and backstage areas. It was awesome. They had the World of Color fountain show going in California Adventure which was beautiful, and the parks were lit up in the dark with rides running and characters everywhere. After winding through the parks, we headed out into the city of Anaheim for a few miles. Even this part was fun and interesting; the course was great overall. The last couple of miles went back into the parks and then to the finish area outside of the park hotels.

Compared to the Disney's Princess half in Orlando, this course was more than one hundred times better. The Orlando course only had a couple of miles in the parks, then SO many miles on highways. It's unlikely I'd run another race at Disney World, but I'd definitely do Disneyland again.

As far as the running part goes, I took it at an easy pace and made myself take some walk breaks to slow the pace down. My leg really didn't bother me during the run, and I was able to finish feeling like I had done an easy pace long run. I crossed the finish at 2:15:15 and happily collected my fancy Tinkerbell medal. I love the Disney bling! 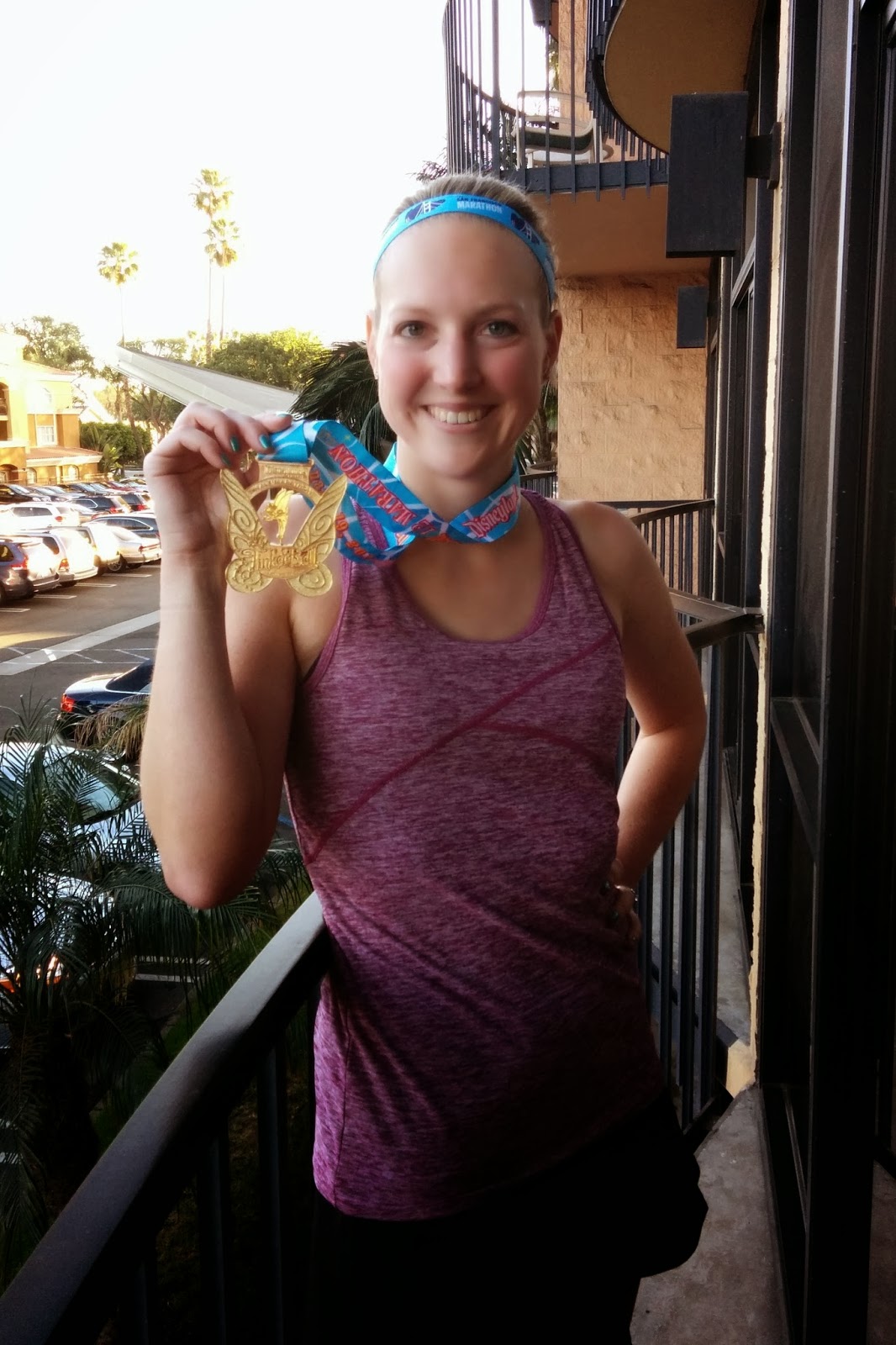 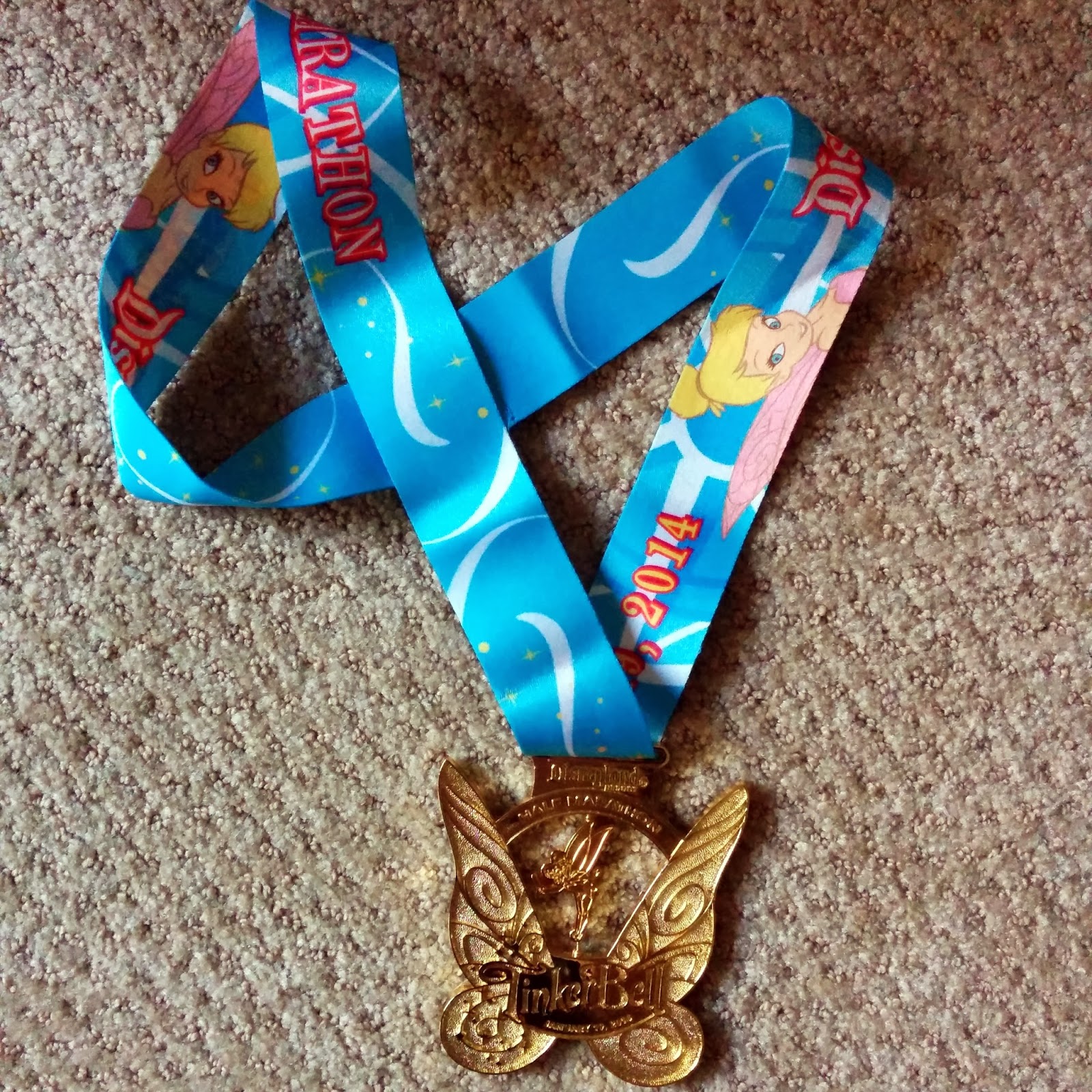 The Expo. This expo was very well organized, and we didn't even wait in line to get in the door as I did for Princess. The packet pick up section was in the basement part of the Disneyland Hotel; we both walked straight up to the counter and received our bib with no wait time. Meg and I had also signed up as a team, so we grabbed our team bib and sash too. Next we headed up to the street-level room for the rest of expo and t-shirt pick up. I wanted the shirt to be a bit bigger and they exchanged it with no questions asked, which was nice. We walked around the shopping area and I purchased 110% compression socks that I've had my eye on, partly because they were discounted and partly because I hadn't brought any with me (I wasn't supposed to be running...I also didn't take my Oiselle singlet for that reason. That little attempt at not racing didn't work at all.) 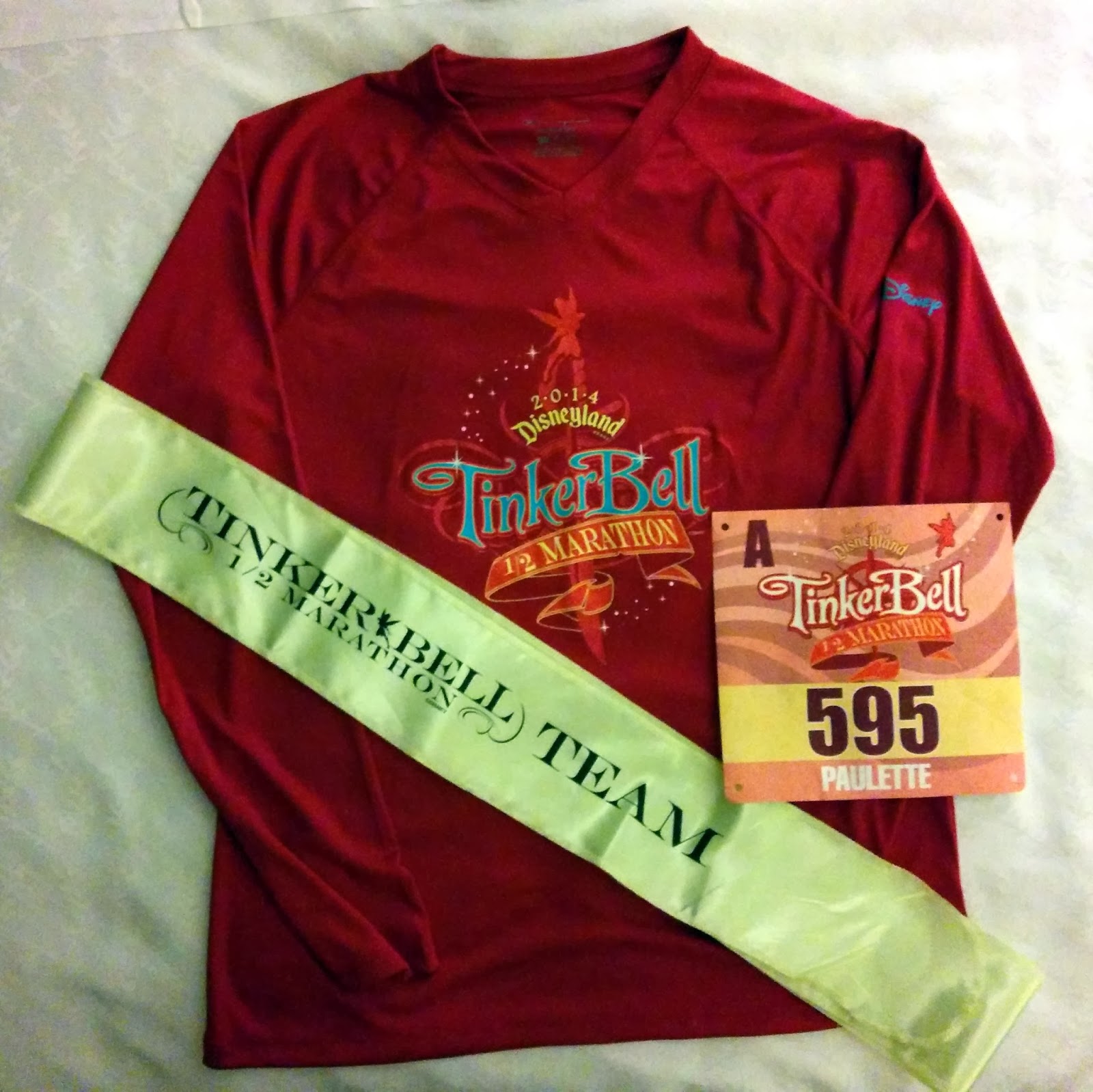 Support. Disney definitely knows how to do a race. There were aid stations with water and sports drink very often, maybe every 1.5-2 miles. They handed out Clif Shot gels once on the course, and there were plenty of opportunities for medical and porta potties as well. The volunteers seemed to be having fun and there were tons of people cheering! One of my favorite sections was the seemingly endless street of Red Hat ladies who were seriously enthusiastic. Even though it was early, people were out in the parks and on the streets of Anaheim to cheer. At the race start, they had each corral start separately and were very picky about having people start in the correct place, so I found it to be very smooth and not crowded.

The Finish Line. The finish area was the most anti-climactic part of the event, but it was sufficient. After crossing and getting the heat sheet and medal, we walked through tents where they handed us a small box of food and bottle of water and/or Powerade. It was efficient, but also felt like it lacked in amount of finish area offerings. What can I say, I love a finish line beer party! Not that I expected this at Disney of course. The box included a banana, hummus, chips, fruit chews, almond roca, and soy nuts.

Another really cool thing to note is how Disney handled people wanting to cross streets. They had someone with a rope that directed runners to the right or left side of the road, and when runners weren't in that lane people walked to a section in the middle. Then, the rope person switched runners to the other side and people finished crossing the street. It was pretty slick I have to say.

That's all for this race report, but be sure to check out Meg's recap too!