On March 22, I ran the Oakland Half Marathon and I'm finally posting the race recap. This was my third time running the event and fourth year attending it; last year I deferred because of my hip injury but went to cheer on Kevin and friends. My big reason for liking the Oakland Half is that the logistics are easy. The half starts at 9:15 am, making it possible to take BART to the start and avoid parking hassles. It's local, so I can sleep in my own bed and get home quickly. In addition, I love the post-race beer in Snow Park and relaxing in the grass with friends.

Kevin and I went to the expo briefly on Saturday to pick up our packets, although we didn't stay long or meet up with anyone because we headed home to paint our bedrooms. We painted primer on two whole rooms that day, perhaps not the ideal day-before-a-race activity but something we needed to get done.

We took the first BART to the start line on Sunday morning. I love seeing all of the runners on the train heading to Oakland. It's an easy 10ish minute walk from the station to the start and we still had plenty of time to wait in the long gear check line. It was already pretty warm that morning, but then again the race start time is later than others so it has time to heat up.

I hadn't been planning for this to be a goal race, partly because it is early in the spring and partly because we've been busting our butts with the house stuff and I'm so tired! That said, when it came time to run I figured why not give it all I could that day? I started out at a pace of 9-9:15 minutes/mile and was happy that I held on until about mile 8. I knew going in that my fitness wasn't at PR pace and I'm ok with that. Doing weekly track workouts and running hills has been helping a ton though. 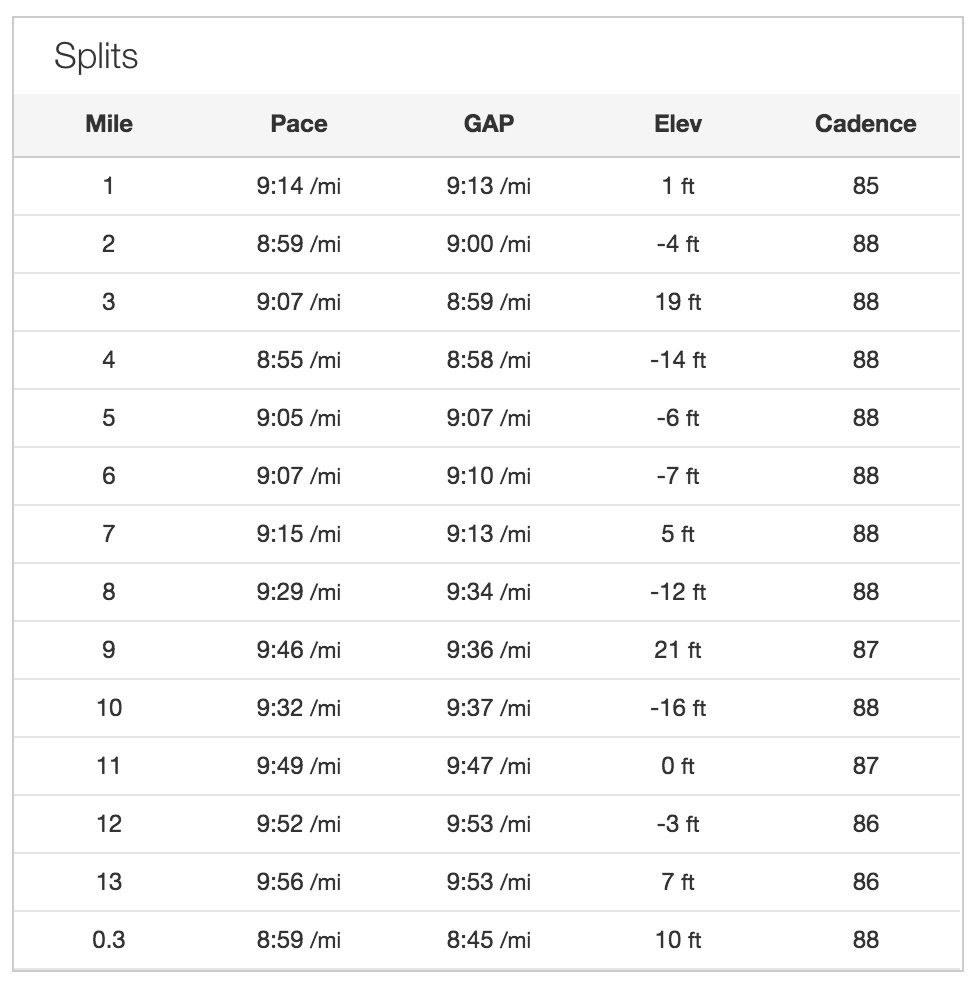 By mile 9 my legs felt like they wanted to stop cold turkey and were incredibly heavy. I tried to forget about it and slowed down but kept running. The backend of this course always feels warm and that day was no exception; there is a lot of sun exposure and the miles around Lake Merritt are especially brutal every time. I finished at 2:05:08 and I'm happy with that time for now. Other recent half marathons have been in the 2:10 range, so I consider that progress. I hope to someday get back below 2 hours again but we'll see.

The highlight of this race is that I felt the best I have fitness-wise in a half marathon since the hip injury in January 2014 - and that's a big deal to me!

After I finished, I met Kevin in Snow Park. Oakland had an interesting change in beer choice this year to Erdinger, including both the non-alcoholic version and the alcohol version. I love Erdinger so no complaints there, I just thought the presentation of the non-alcoholic one was interesting. They offered it pre-race as well as immediately post-race as a 'recovery beer with vitamins' and were marketing it specifically to runners. They also served it at the expo. 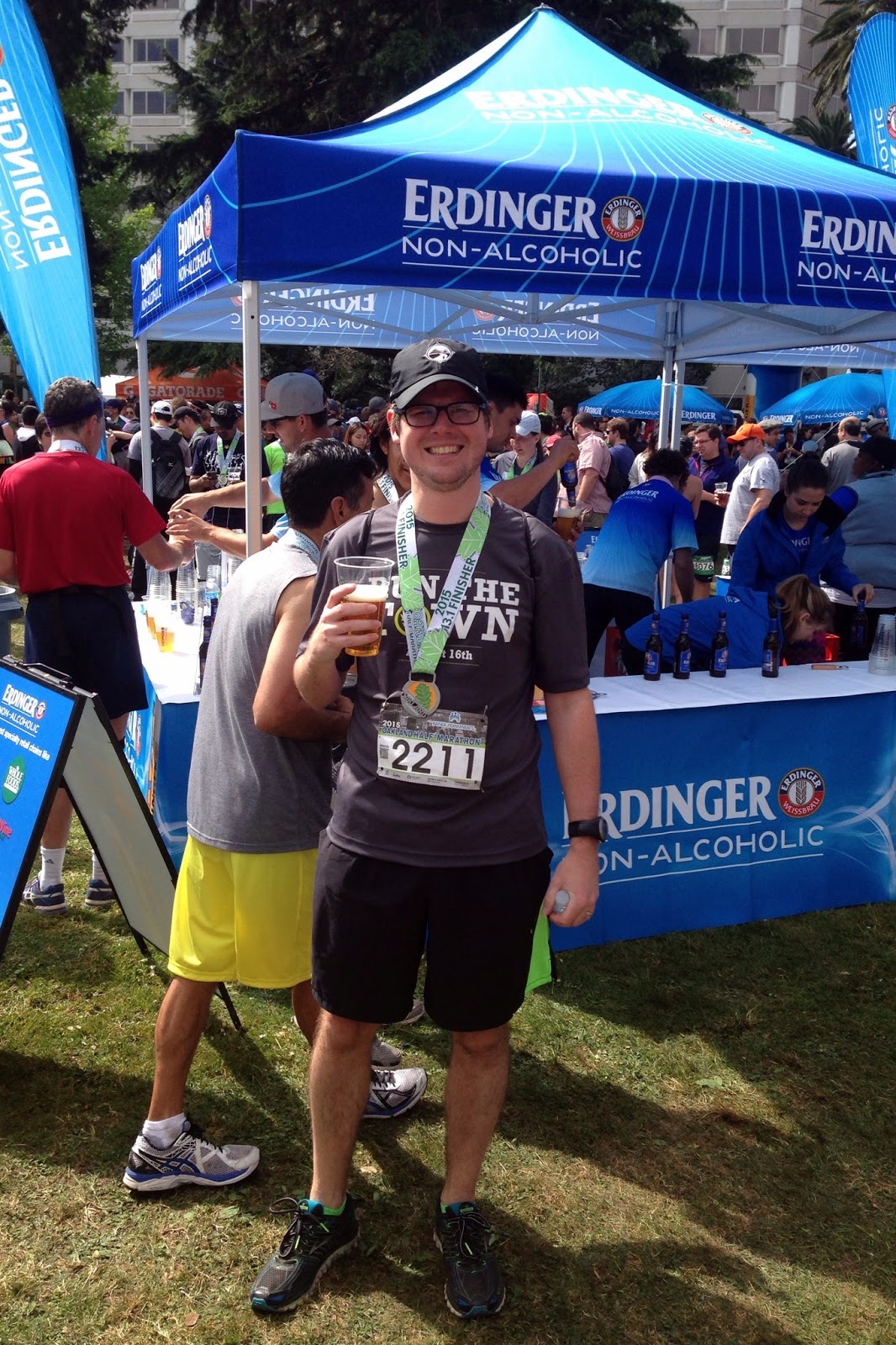 Kevin was a fan.

We grabbed our non-alcoholic Erdingers and then drank them while waiting in line for our real Erdingers, of which each person could get two. Oakland does a great job with the post-race festival and free beer or wine. 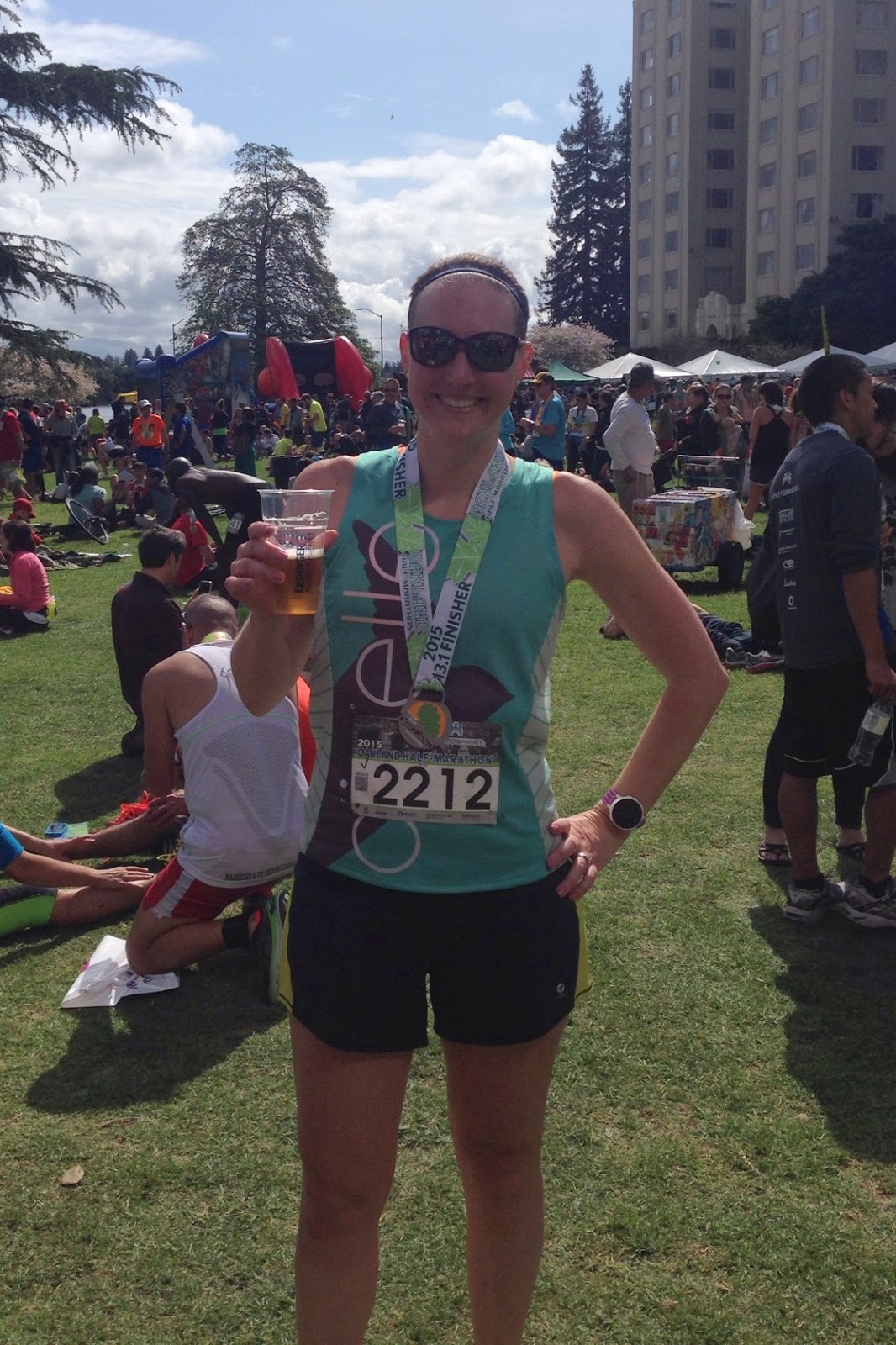 We sat in the park for a while and I finally got to hang out with Cathryn and Jen and to meet a few other runners and Twitter friends in person! It was great to talk and enjoy the sun for a while. They ran the relay together with the most awesome shirts.

Overall, it was a really fun race day and I'd recommend the Oakland half to others. The course is flat, it's a small race (about 5K people), it's well-organized, and they have nice medals and shirts. Check out my past race reports for more experiences and details too: 2012, 2013. 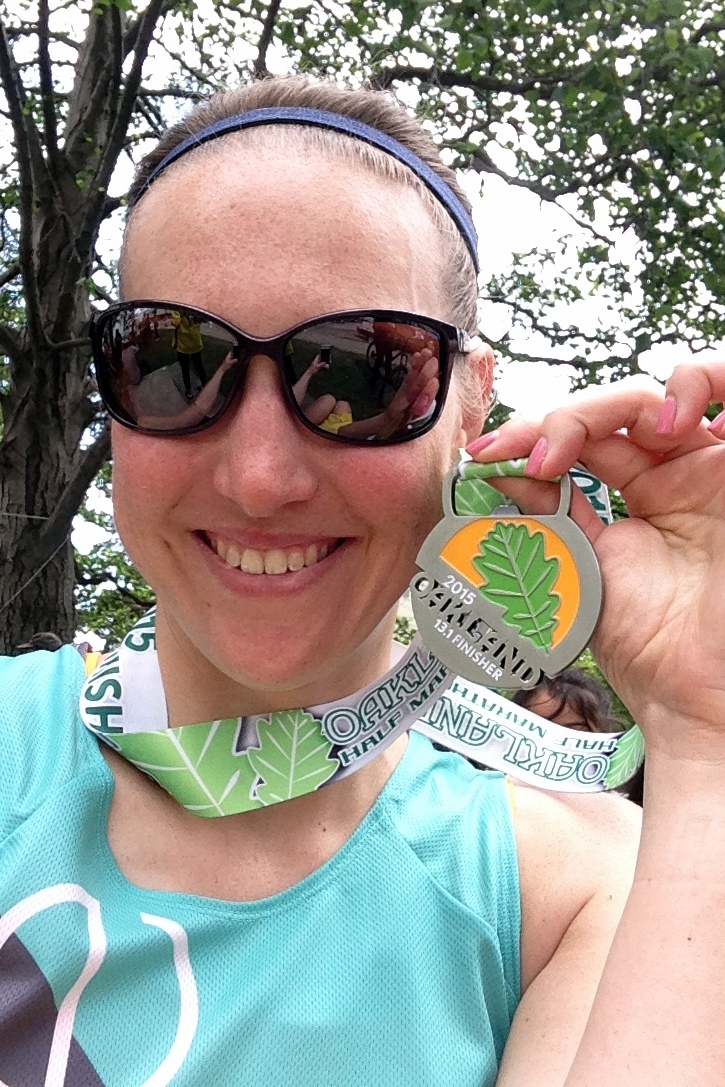 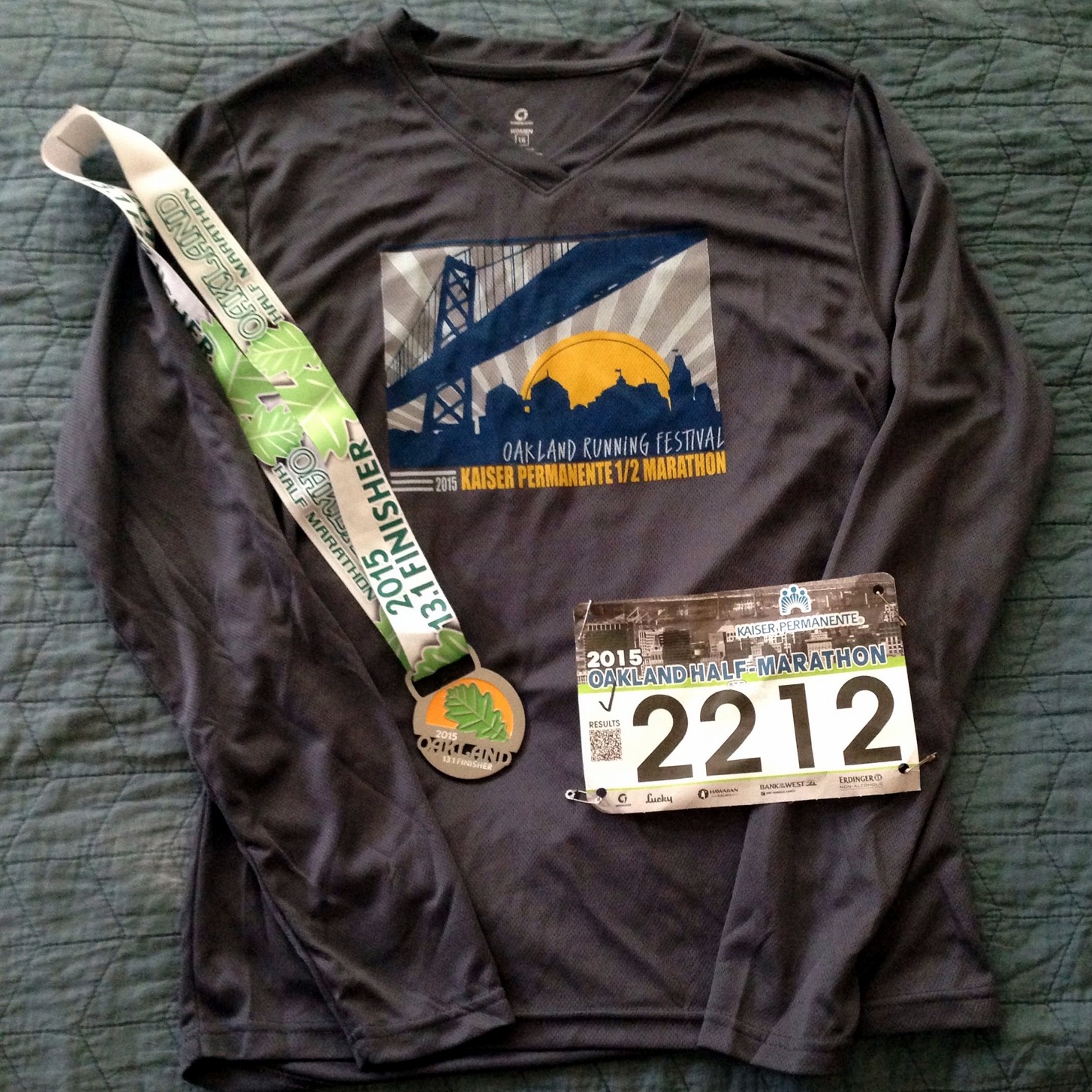 Have a great weekend and happy running!